Editing images in black and white helps to accentuate shapes and shadows. For this reason, I usually choose black and white for images with interesting shapes and in which colors are not important. I tend to gravitate towards higher contrast images with deep blacks, so I've been enjoying the new black and white styles Classic, Contrast I, and Contrast II. My whole Priime Collection of images from the Getty Villa in Los Angeles was edited with these three styles. 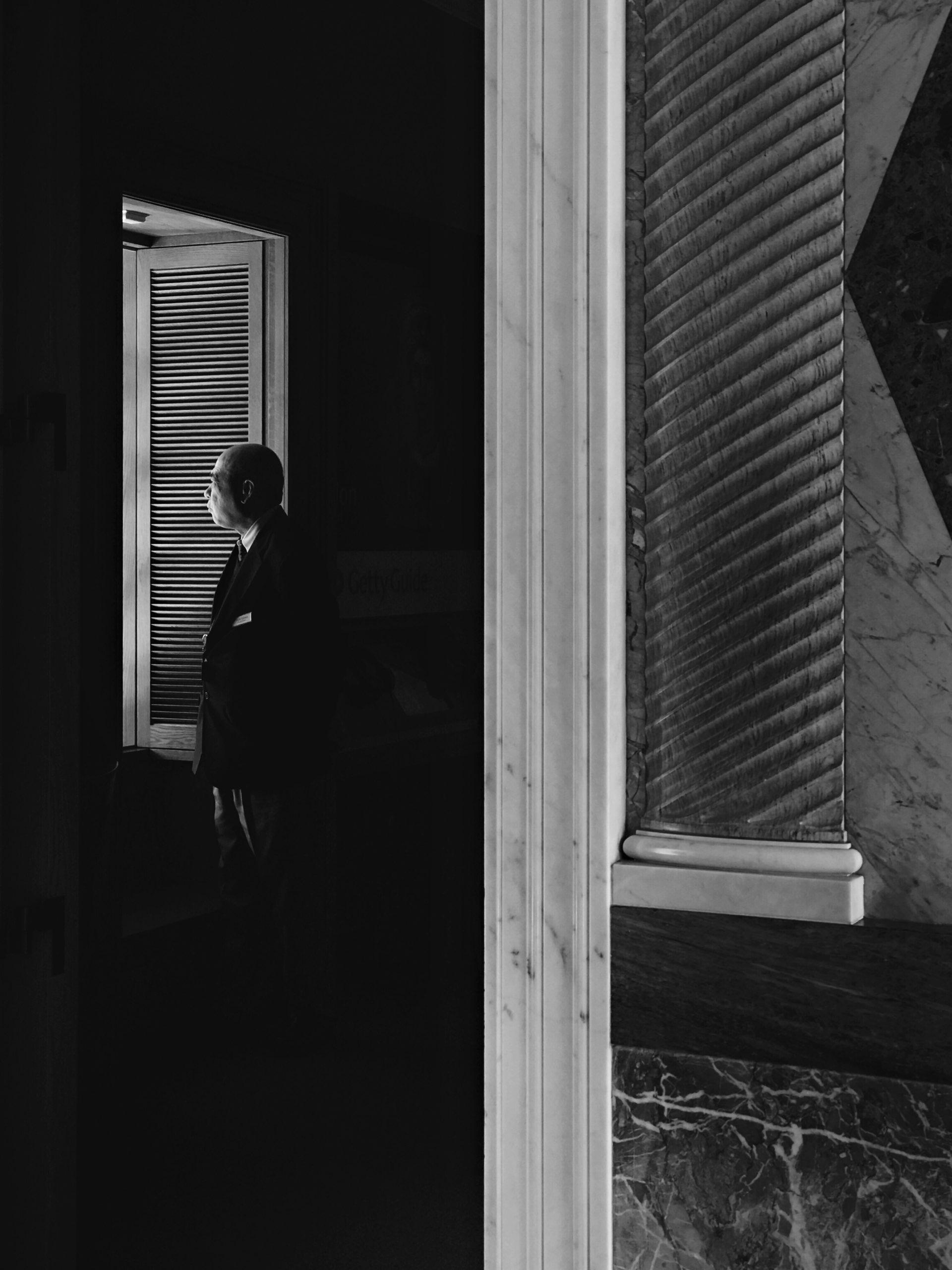 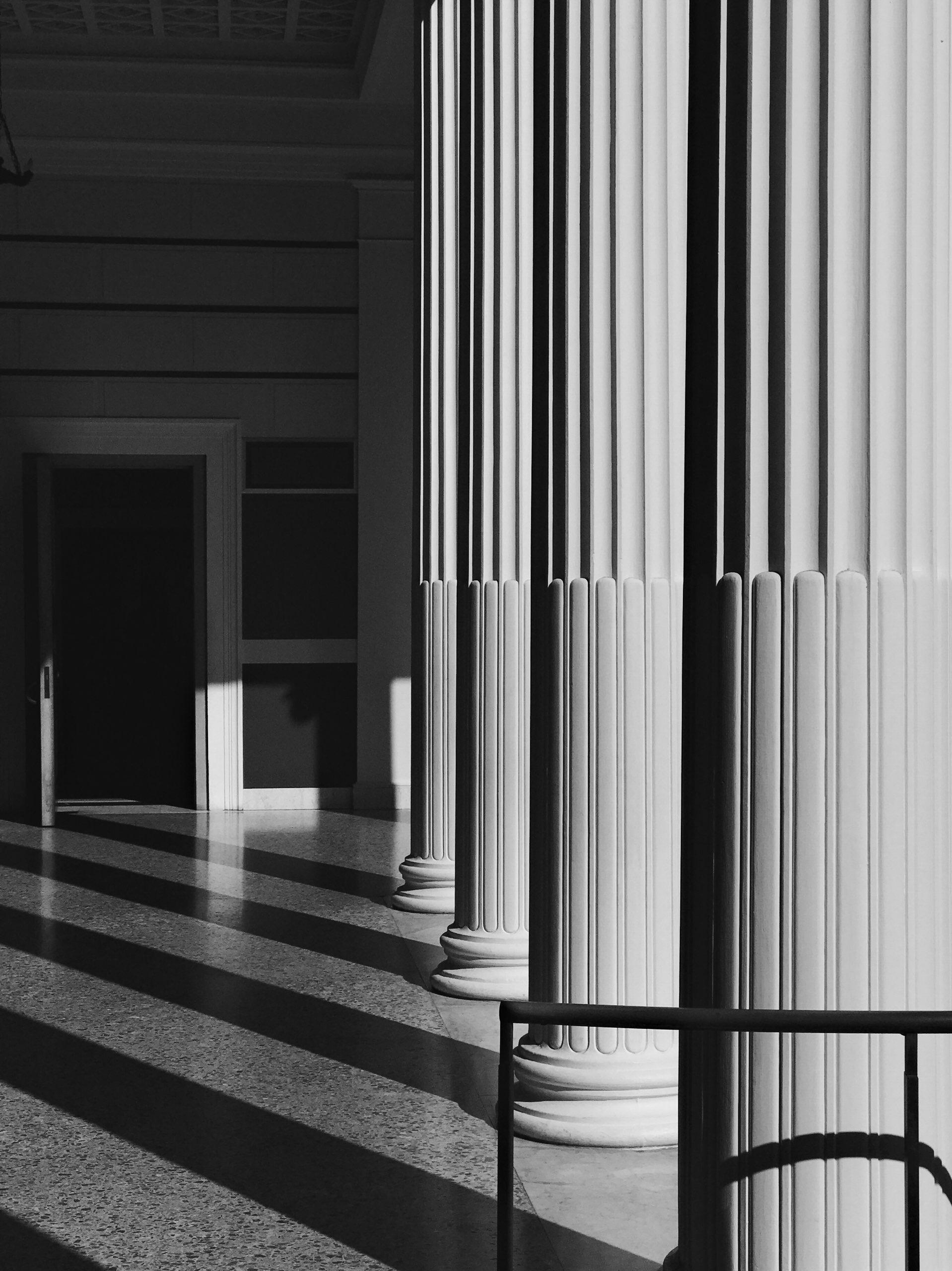 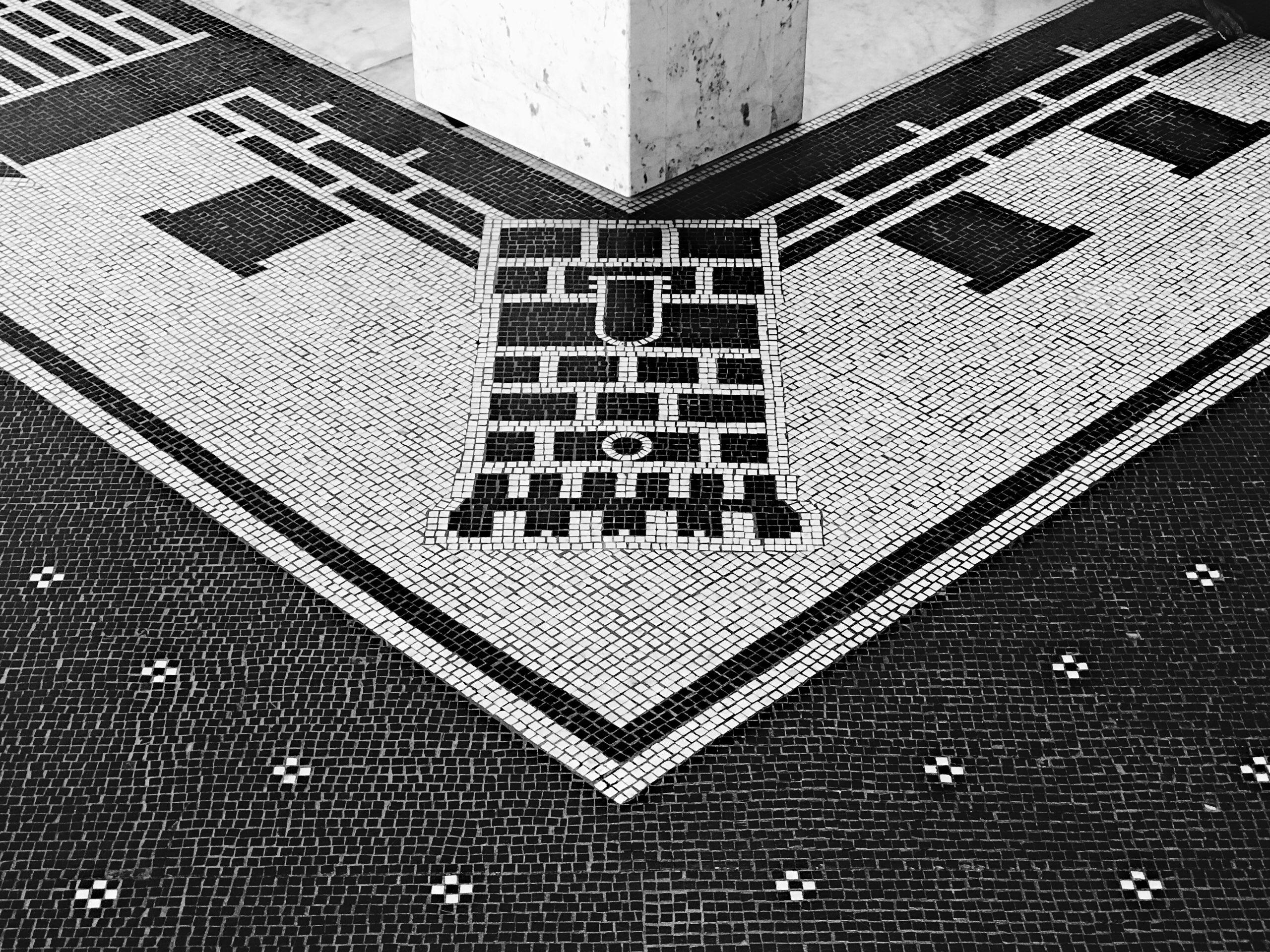 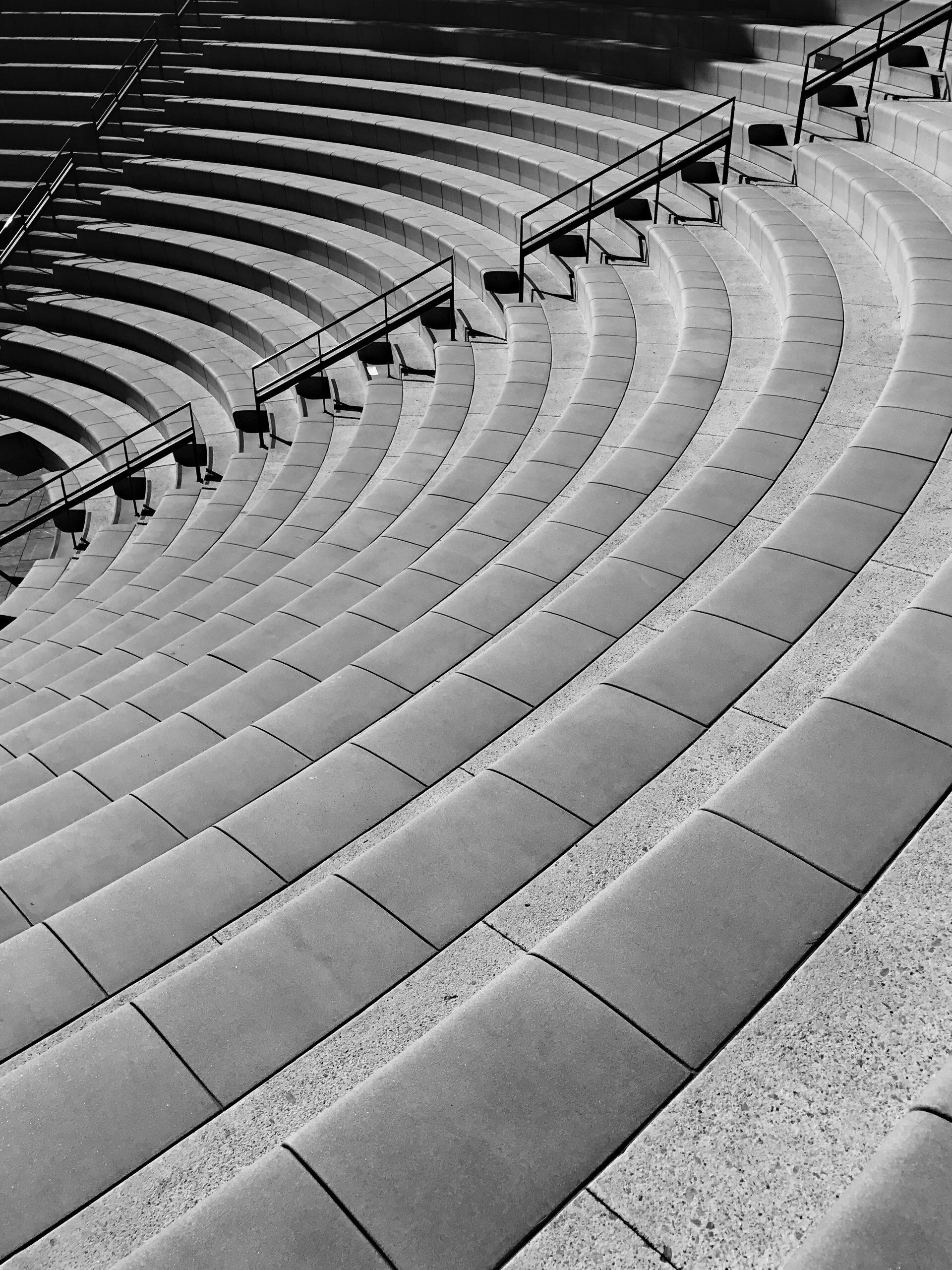 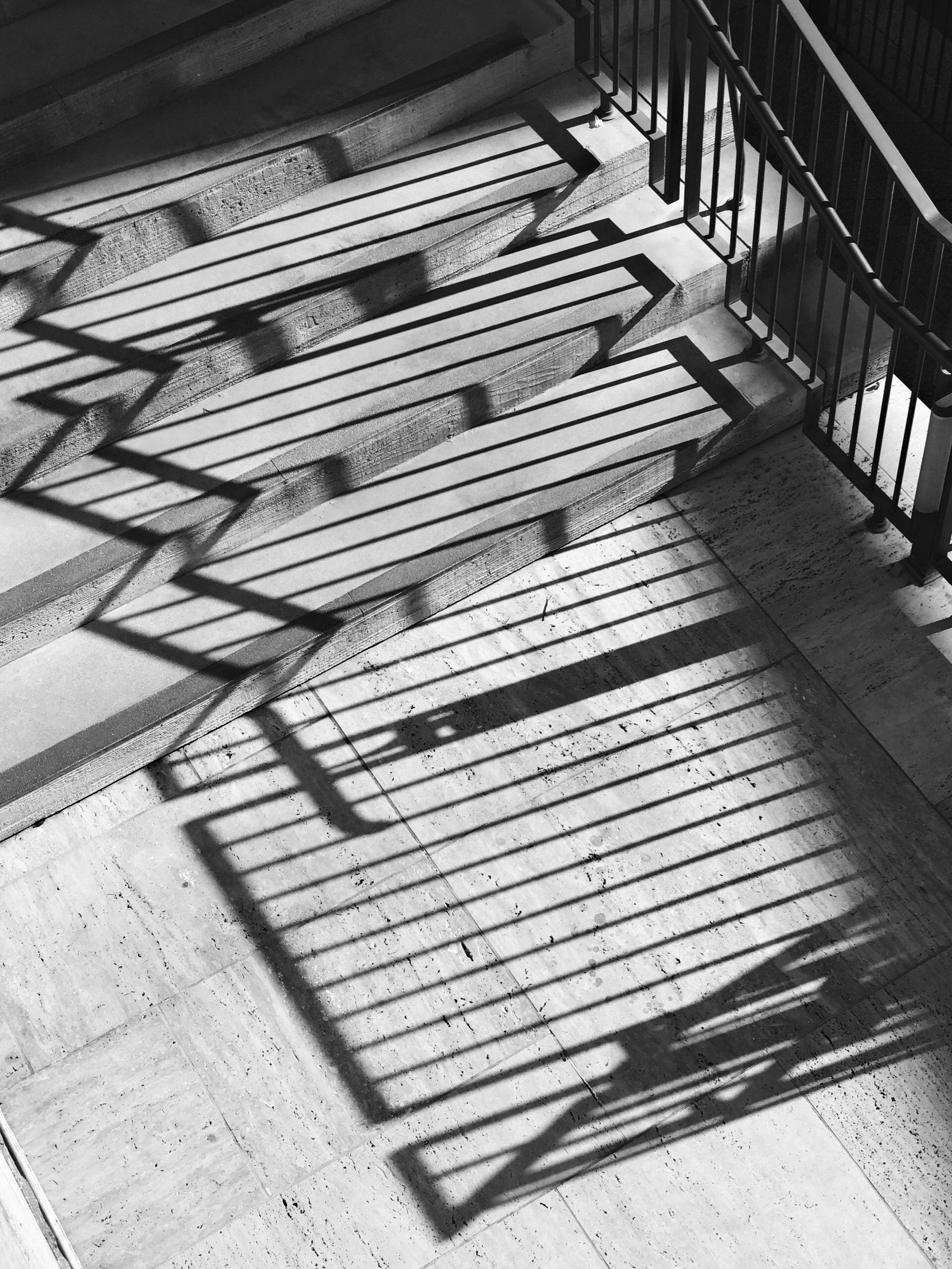 I did my photography degree well before digital came out, which means I spent weeks living in the darkroom watching images appear on photographic paper before my eyes, and I spent a lot of time shooting a lot of B&W film. Even now that I'm 100% digital in my workflow, B&W holds a special place in my heart and I often create some of my favourite images with it.

So my favourite tips to working in black and white? First off, I really think it helps to try and see in black and white. Narrow your eyes or de-focus them a little, pay attention to the shapes that are forming and the light that is around. It's something you need to nurture but being able to look at a scene and figure out right then and there whether it will translate in a B&W image is a huge benefit.

When editing in black and white, I like a lot of contrast. I usually brighten the image and add more contrast so that the blacks are nice and rich. I also increase the sharpening, especially if I've shot on a mobile device as opposed to a DSLR. It's important to play with the styles to see what works best for your images. I like to think of the mood I'm trying to convey and use a style which conveys that mood the best. Remember that even though you're working in black and white, the colour channels (RGB) are still being manipulated, so pay attention to how your colours brighten or darken in B&W, and you'll soon figure out which ones work best for your images. For example, ones which lighten the Red channel tend to end up being kinder to skin.

Have fun! Experiment! There's a reason why so many of the most moving and well-known images in the photographic world are in black and white - it strips away artifice and time and leaves us with the bare bones of humanity. It's nice to see things that way. 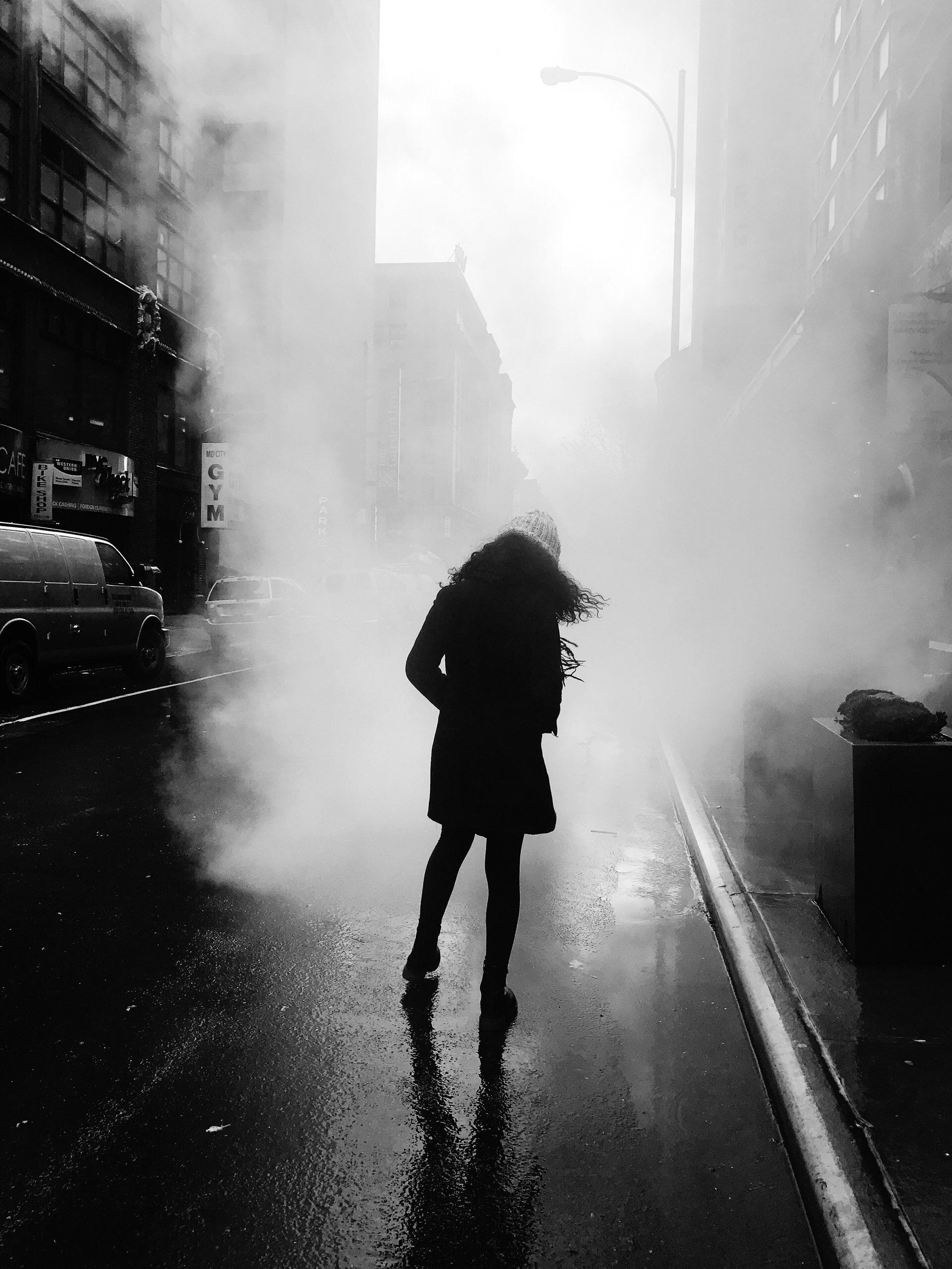 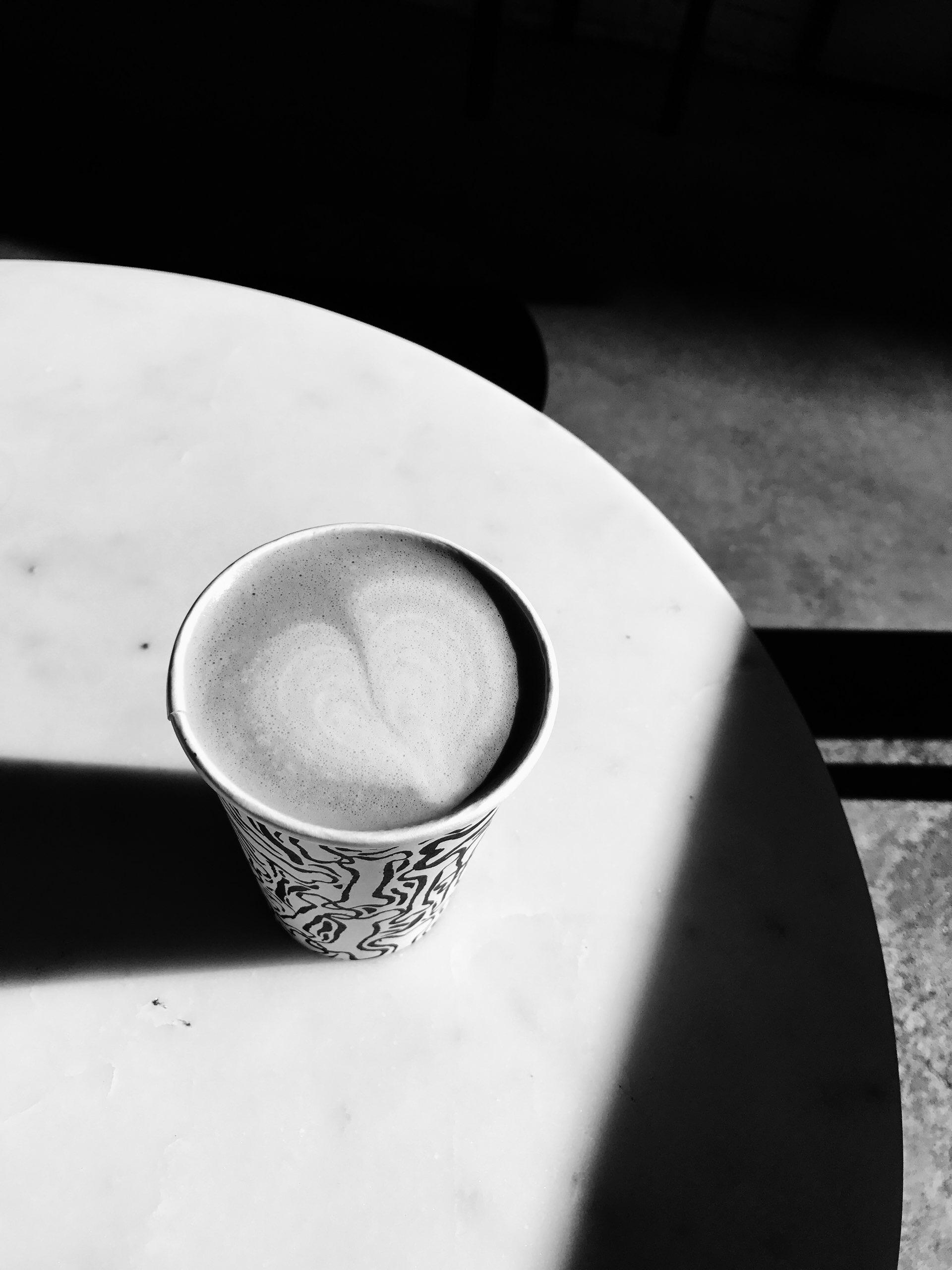 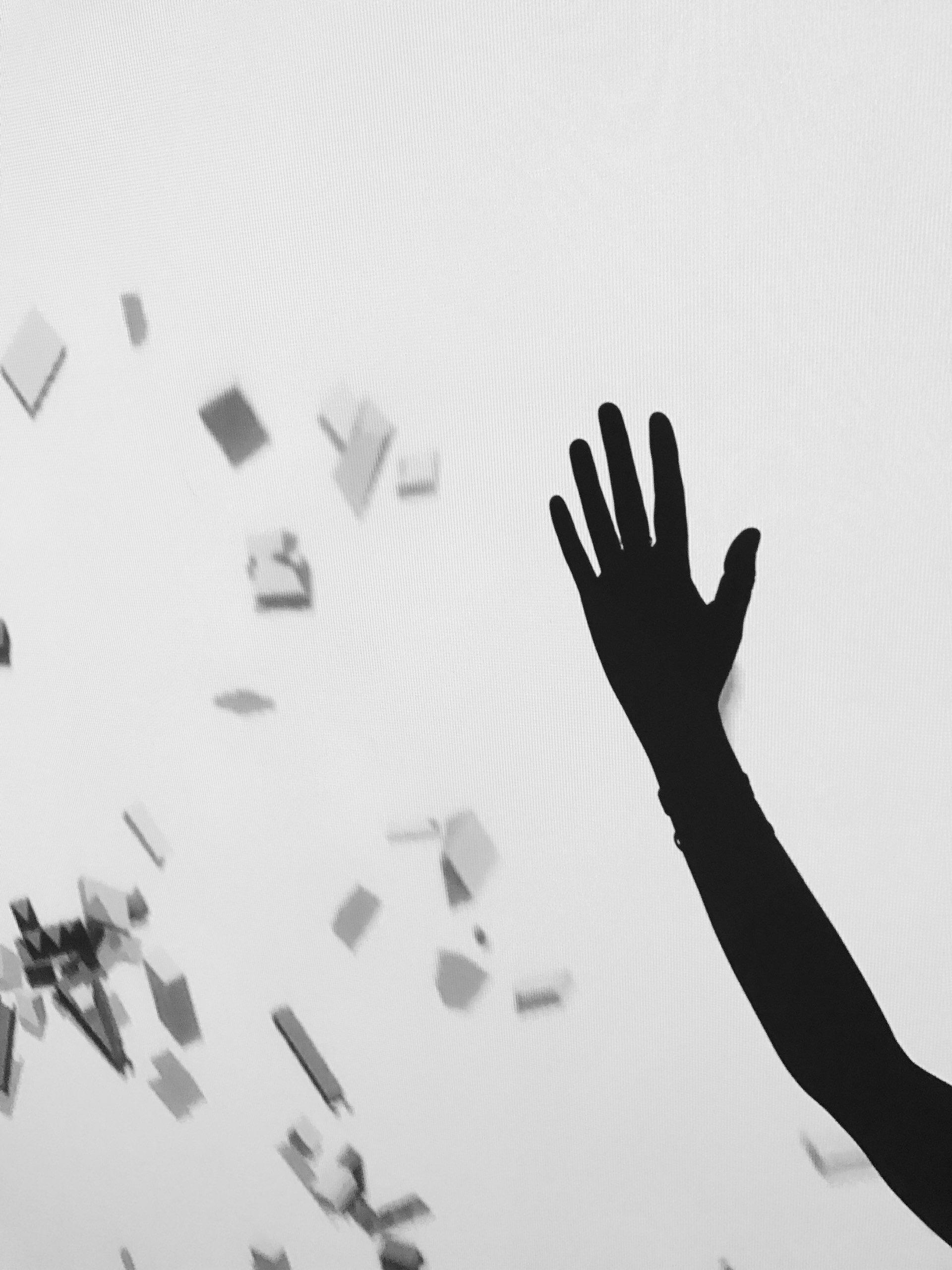 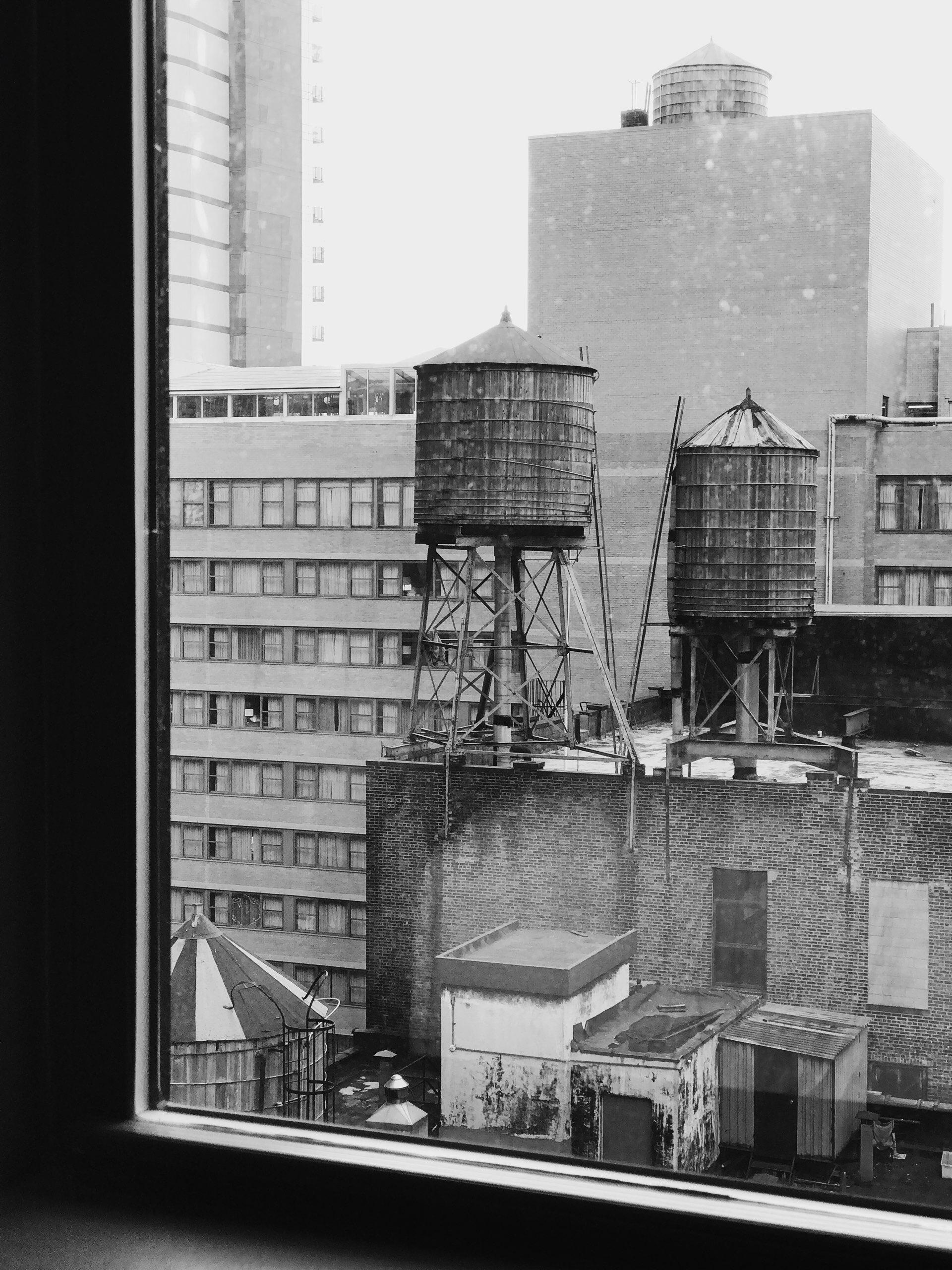 I often shoot in black & white - either with Leica’s Monochrom M or with 35/120 B&W film like Acros 100 or Ilford HP5. If I’m shooting in color, I occasionally convert to B&W using Priime or NIK’s Silver Efex Pro. I’m a fan of the Priime Classic, Contrast I, and Contrast II styles. There are obvious candidates for conversion where color doesn’t work (we’ve all had to rescue a shot w/ B&W). In the other cases where both color & B&W work, I often choose Black & White for moody effects and for portraits. The genius of filters is that allows easy comparison of the two directions. I never introduce computer generated noise in the shot - it either has it or doesn’t. I also prefer more dramatic contrast. 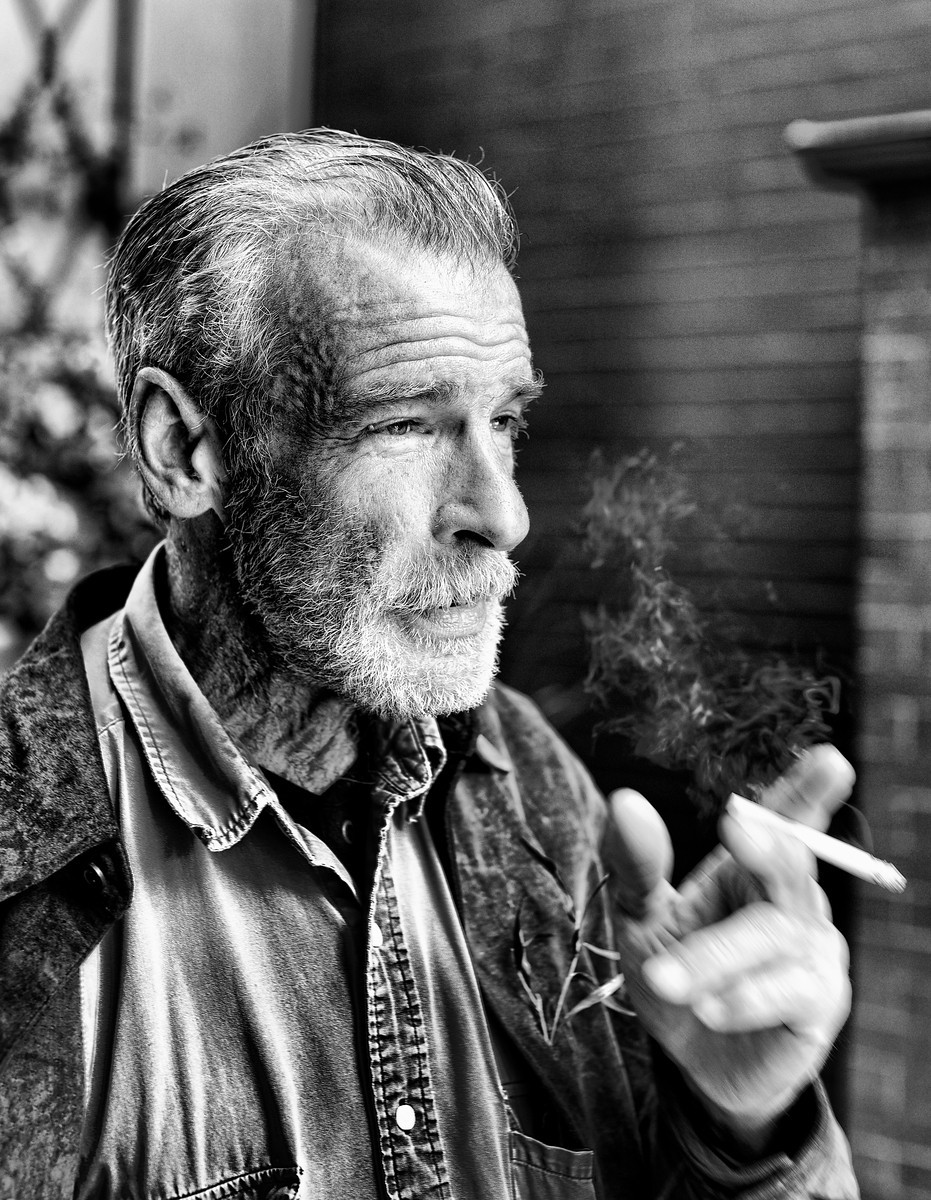 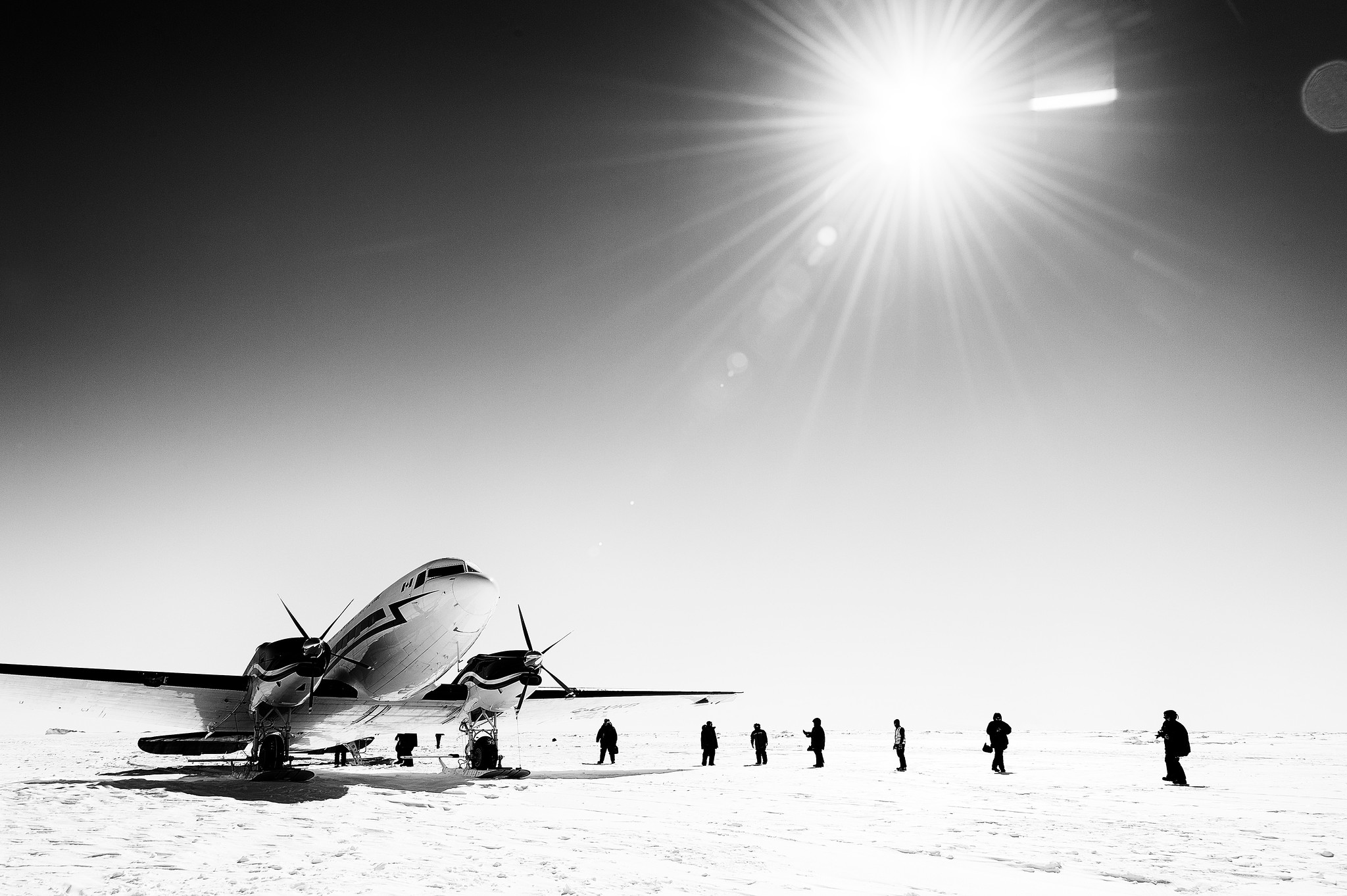 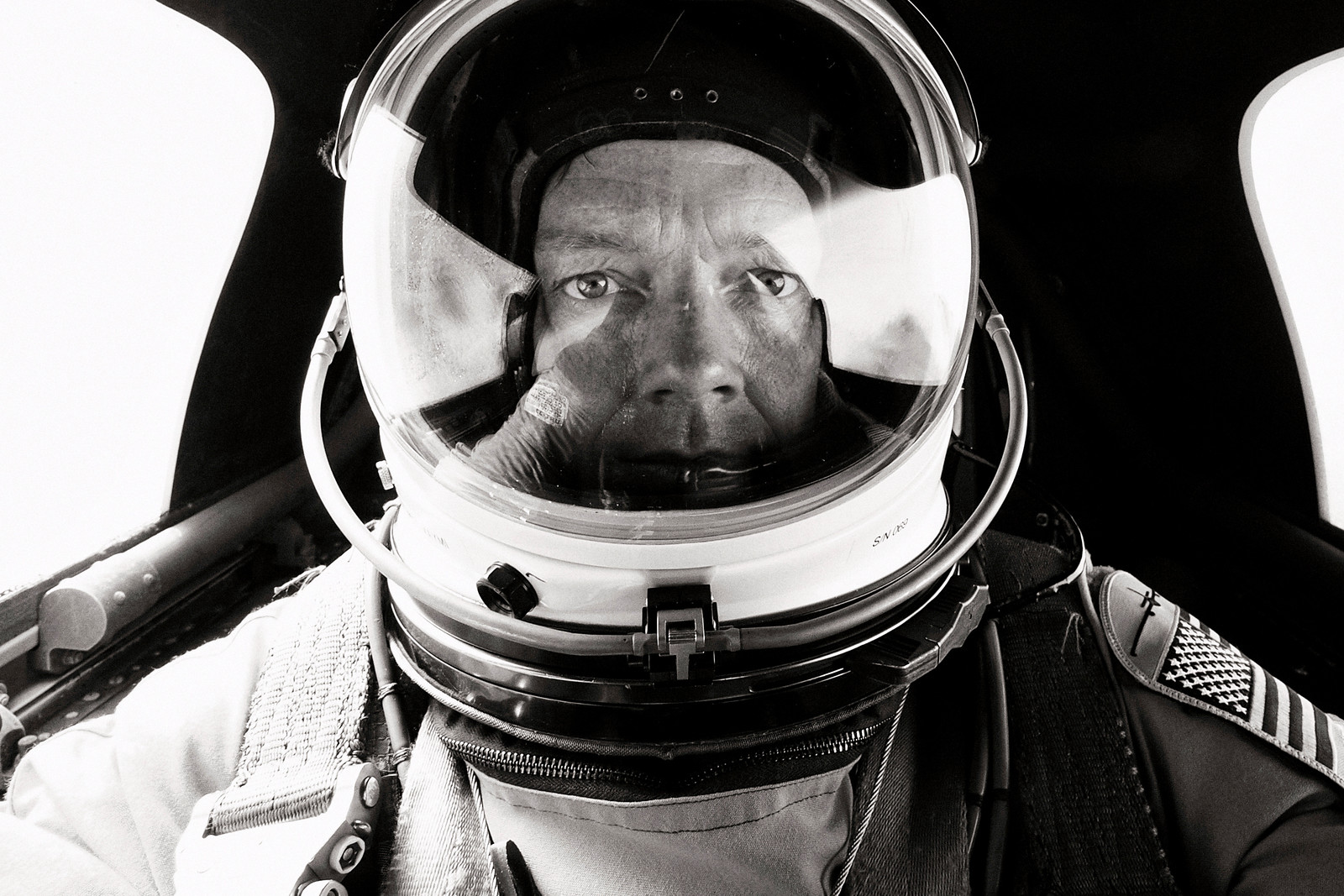 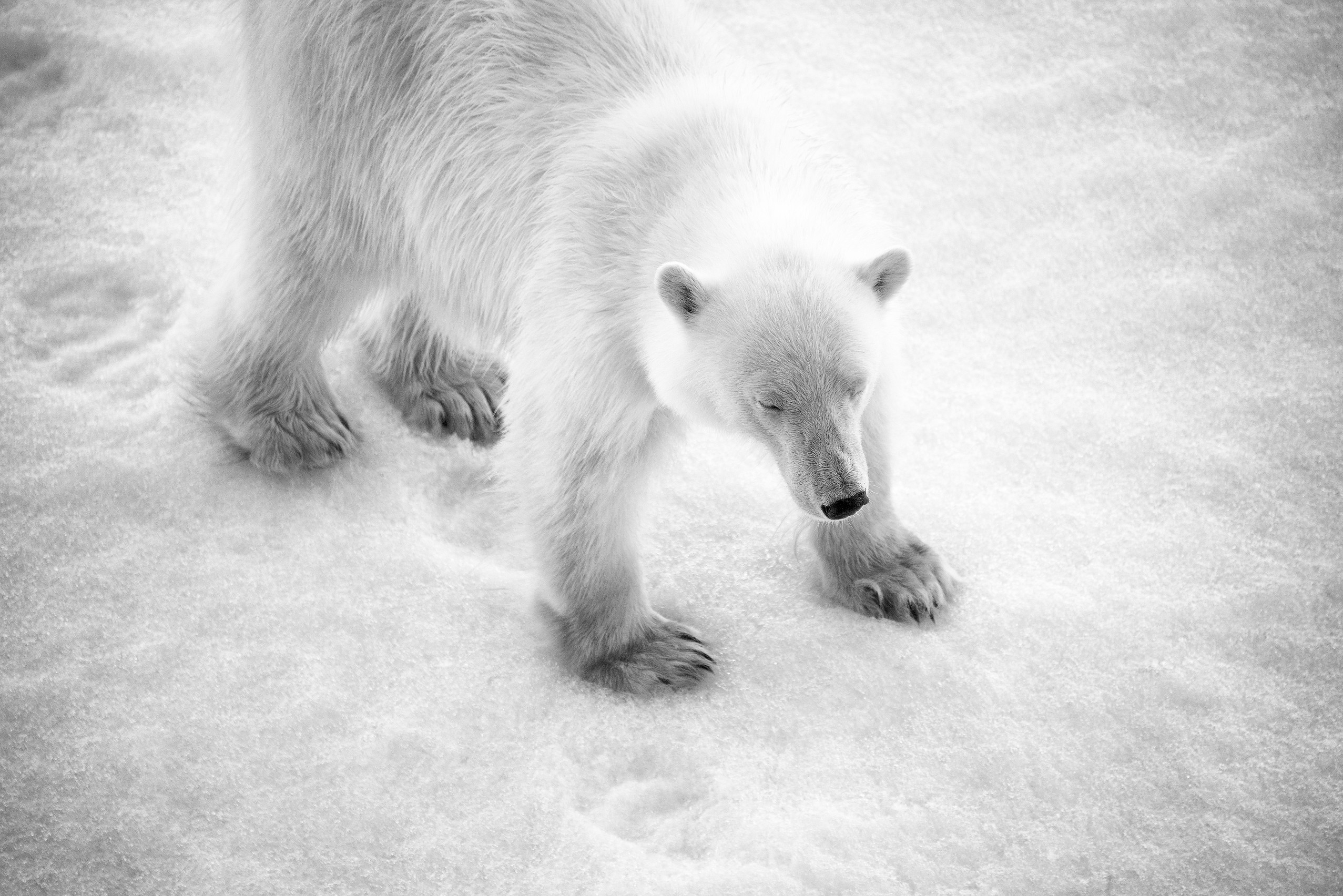 You can find more of Christopher's black and white photography work on his Priime Collections page (@chris).

I edit almost every photo I work on in black and white before considering color. There is something nostalgic and classic about black and white photography that color often doesn't offer. The two Priime black and white styles I find myself using most are Contrast I and Contrast II. The Priime tools allow me to brighten the exposure without losing any of the shadows with those two, thus keeping the contrast high. I can then use the fade tool to soften the photo or easily adjust the contrast. 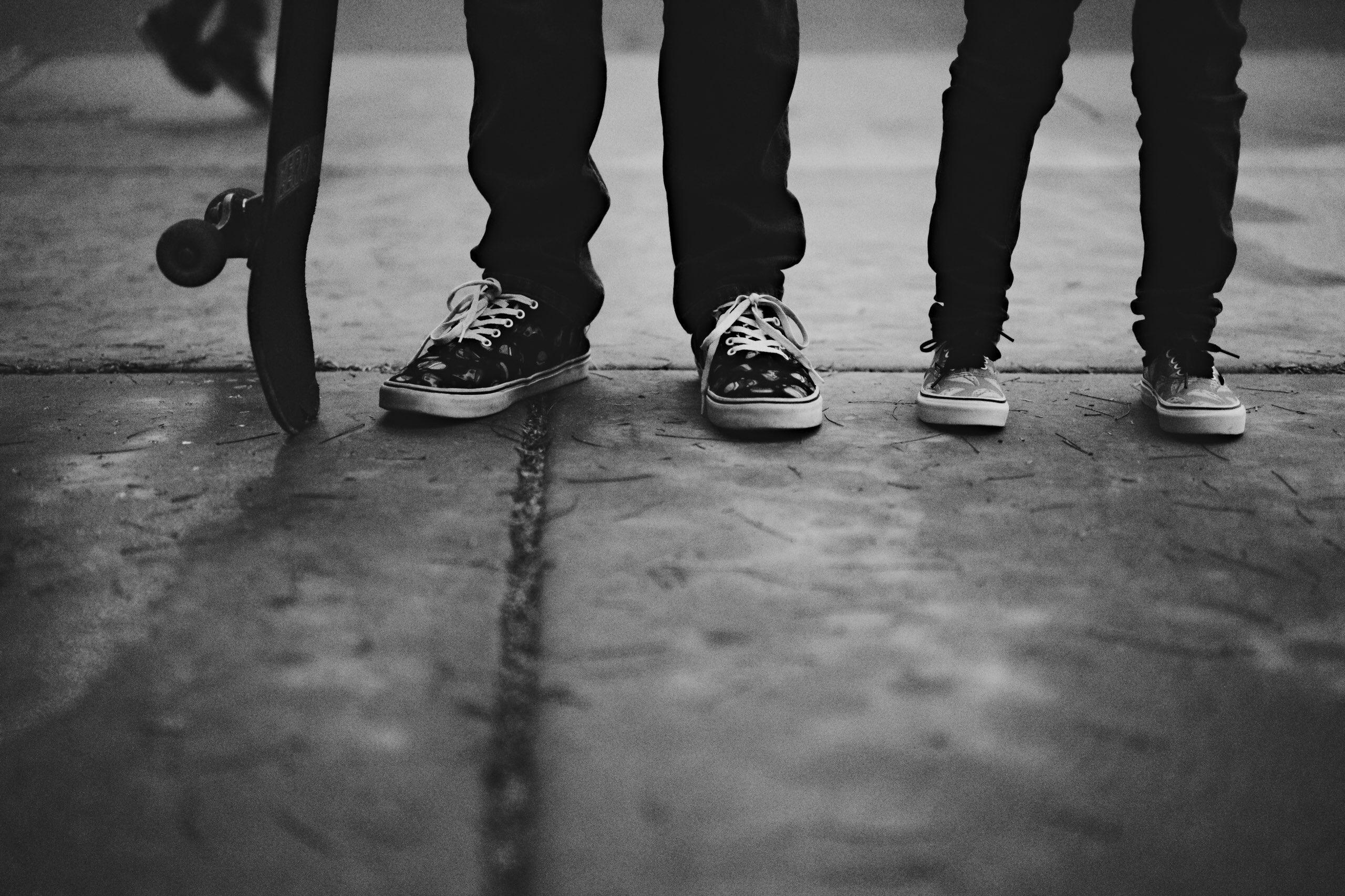 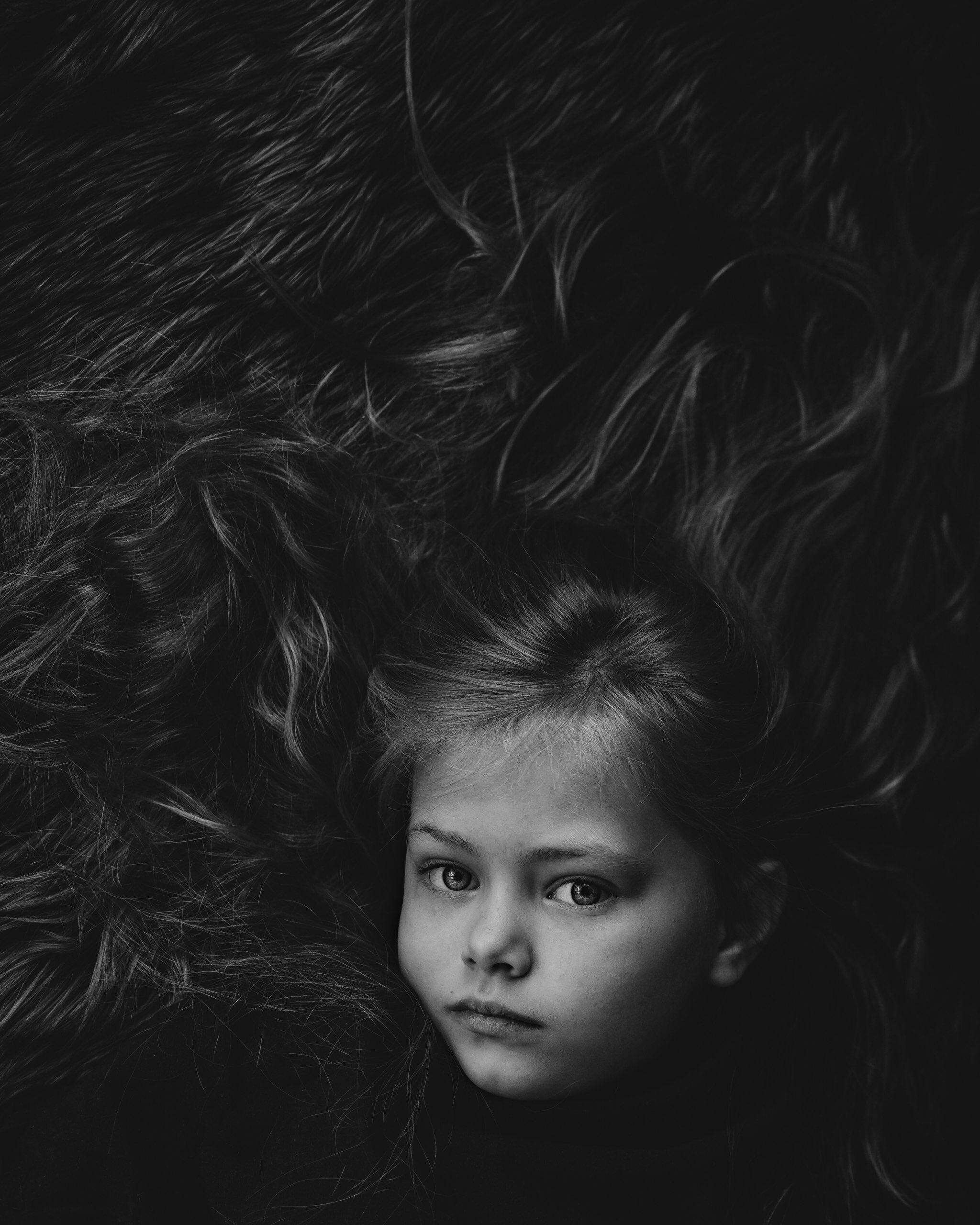 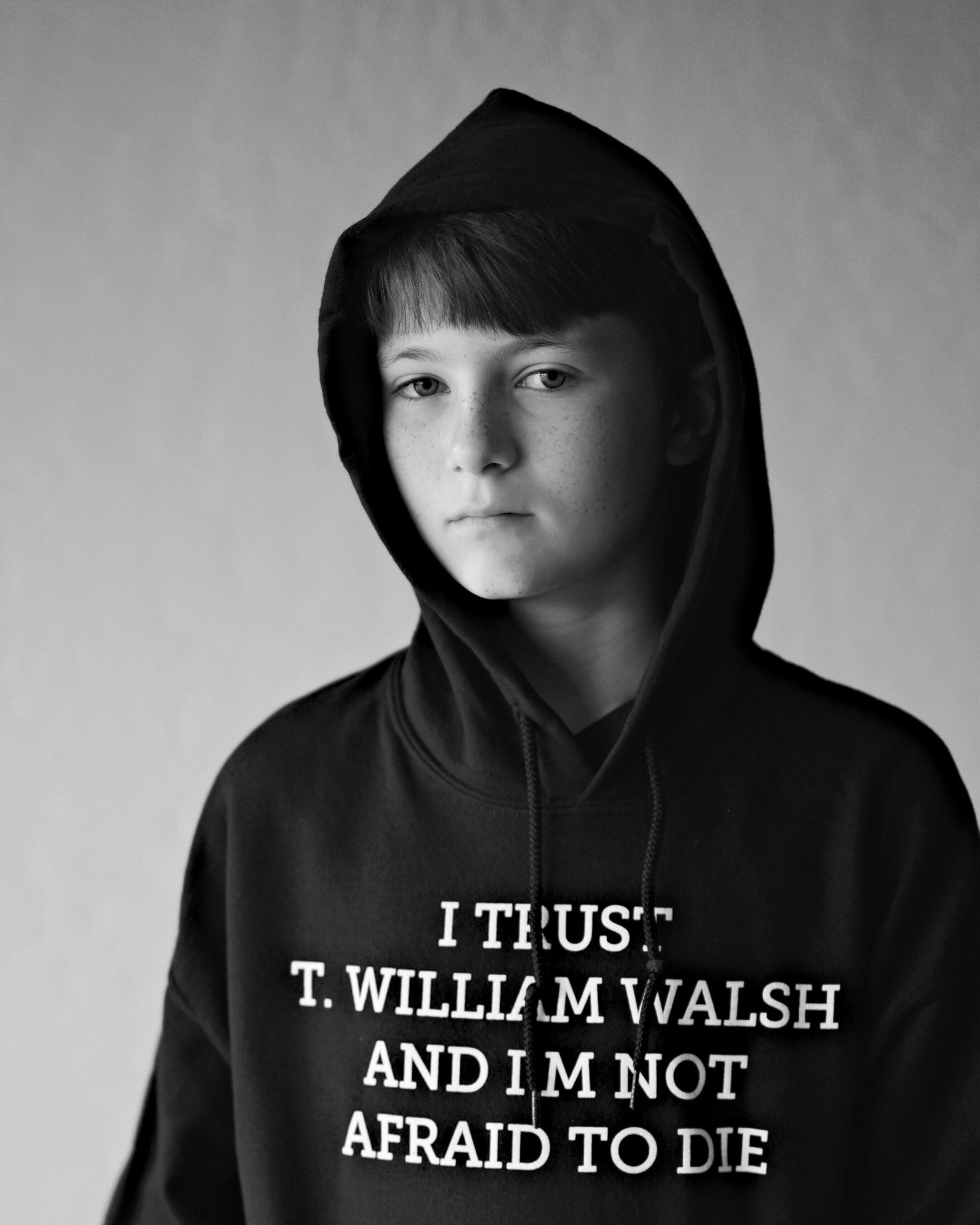 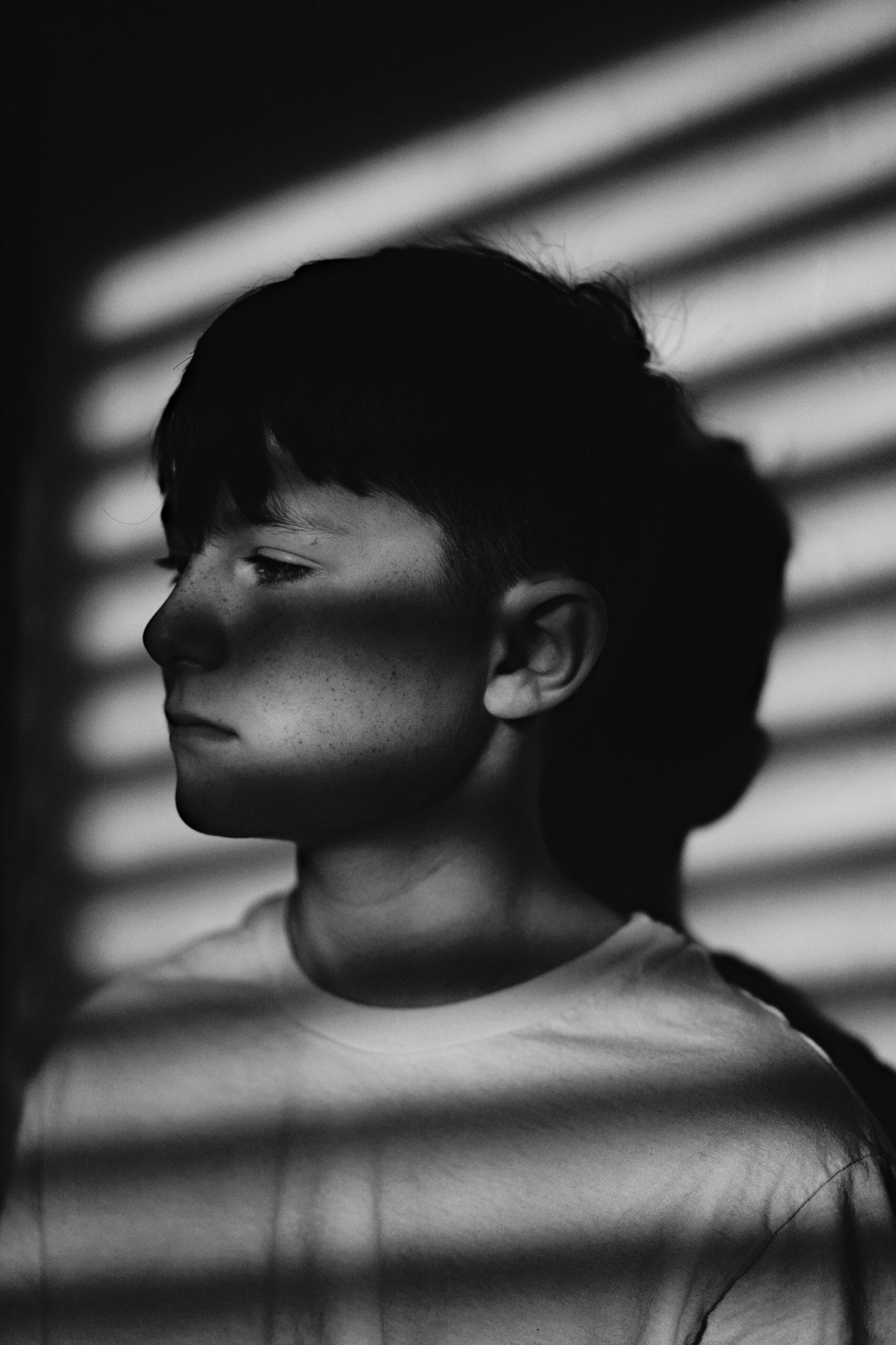 When I started shooting more black and white, one thing I noticed that really helped me was to see if a scene will be successful in colour. I found that if there was a scene that caught my eye that really worked beautifully in colour, there would almost always be an opposite and equally pleasing aspect of that same image in black and white.

When I only shot film, I would visualize a scene before taking a shot and immortalizing it on Tri-X. These days I shoot colour and process into black and white in Lightroom or Priime. If the image is good in colour, it will be good in black and white.

The same works in reverse, I've found. If an image is boring and bleak in colour, the moodiness of black and white can really bring another dimension to the original image that you may not have seen before.

For example, I took the image below on a foggy morning. It was flat in colour, but when I desaturated the image and boosted the shadows, it came to life. It became an ominous, dense, towering image. 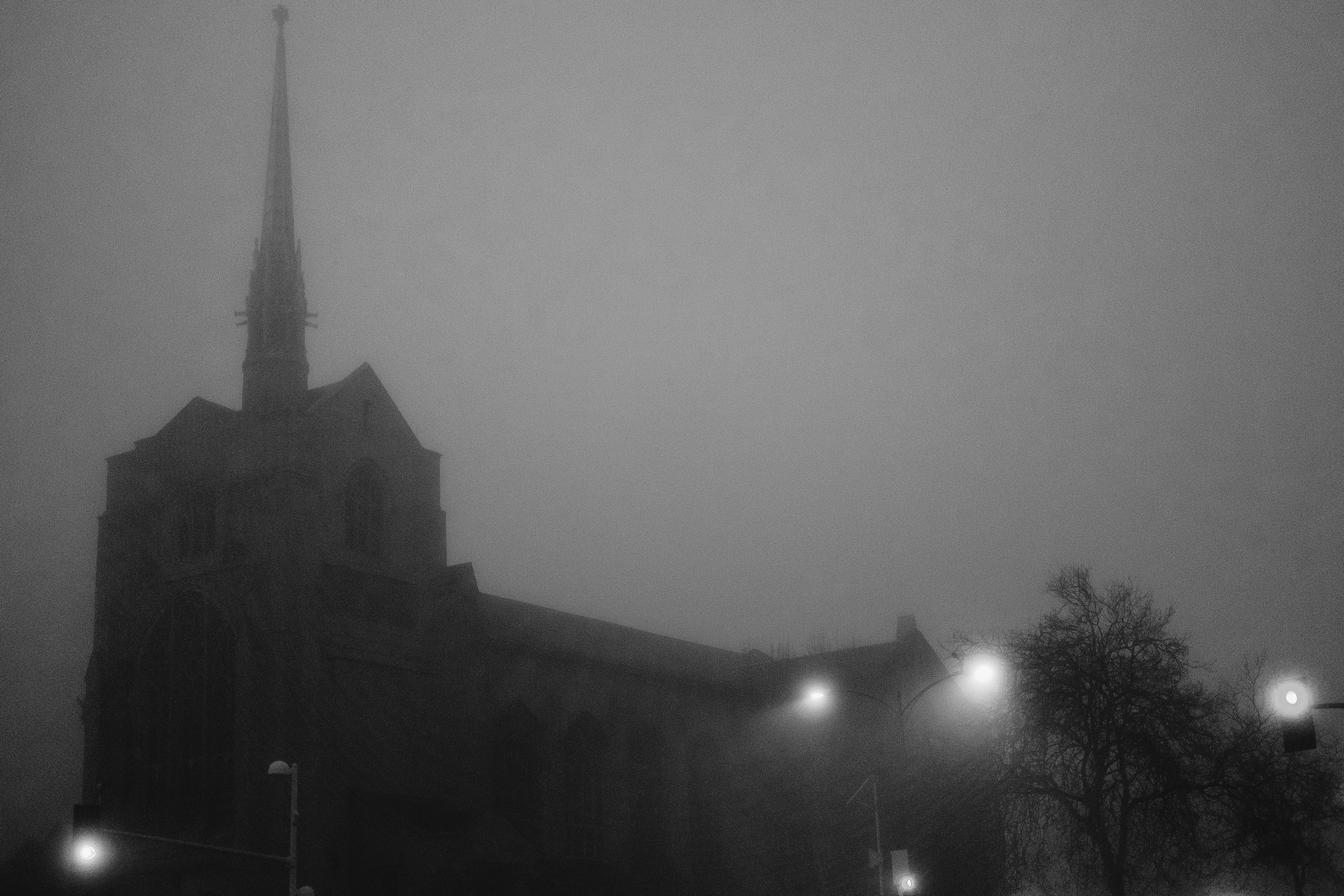 Also, don't be scared of losing some detail if it serves the image. When I used the Priime Contrast I style to convert the below image of my friend Jason to black and white, I decided to crush the blacks a bit to create more drama. Now the image seems more raw, less detailed, but still elegant and pretty. Let those blacks in! Shadows can be friends! 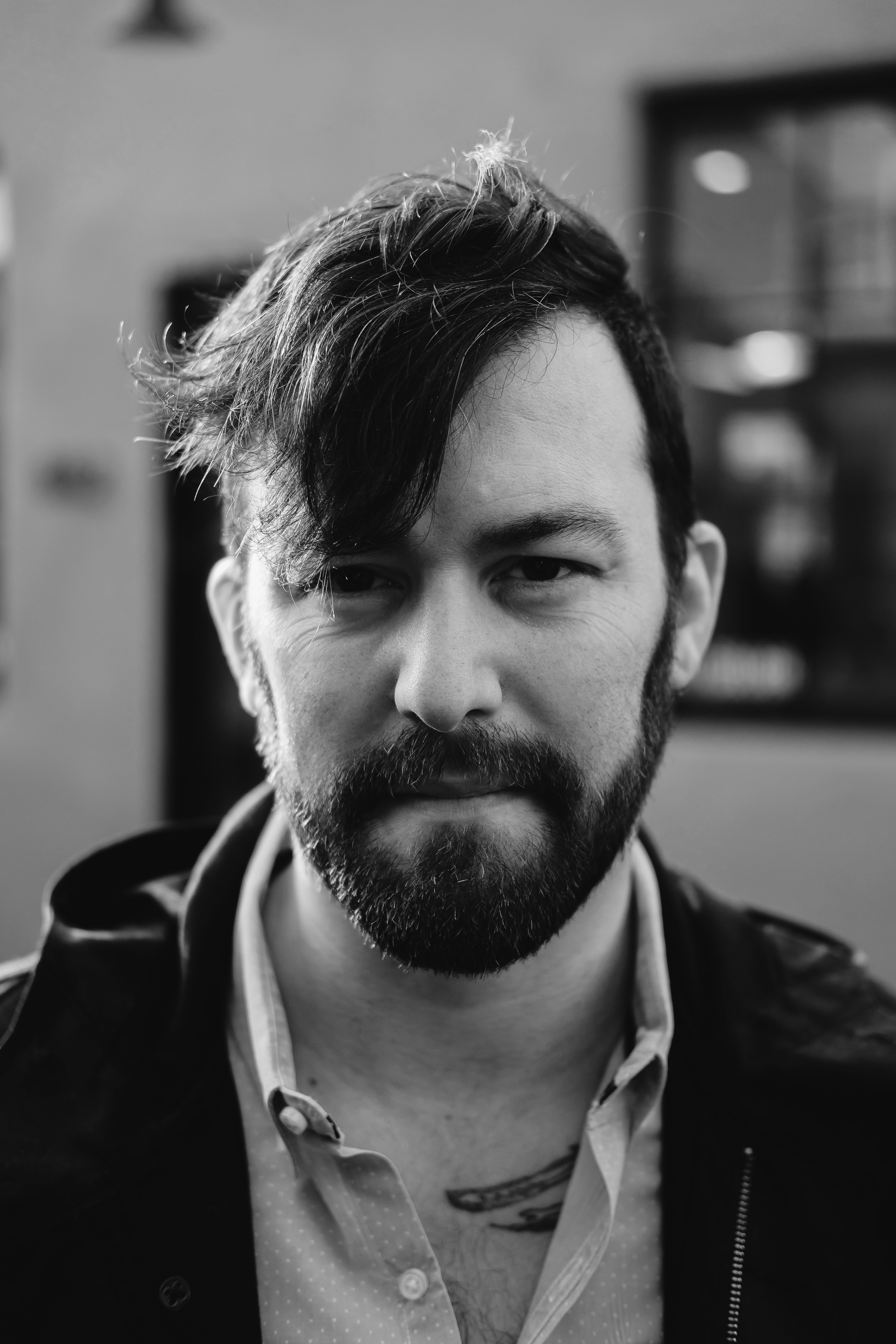 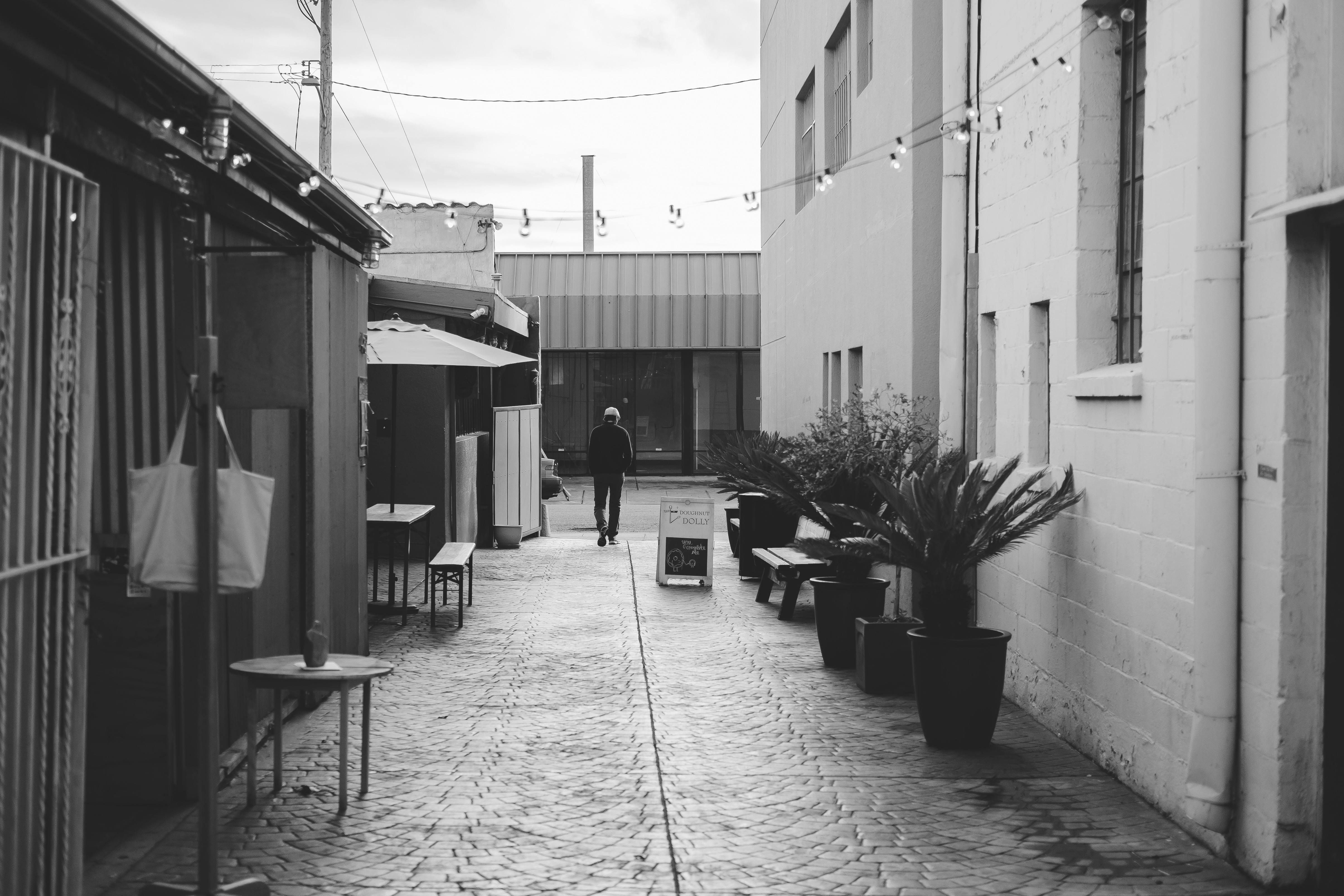 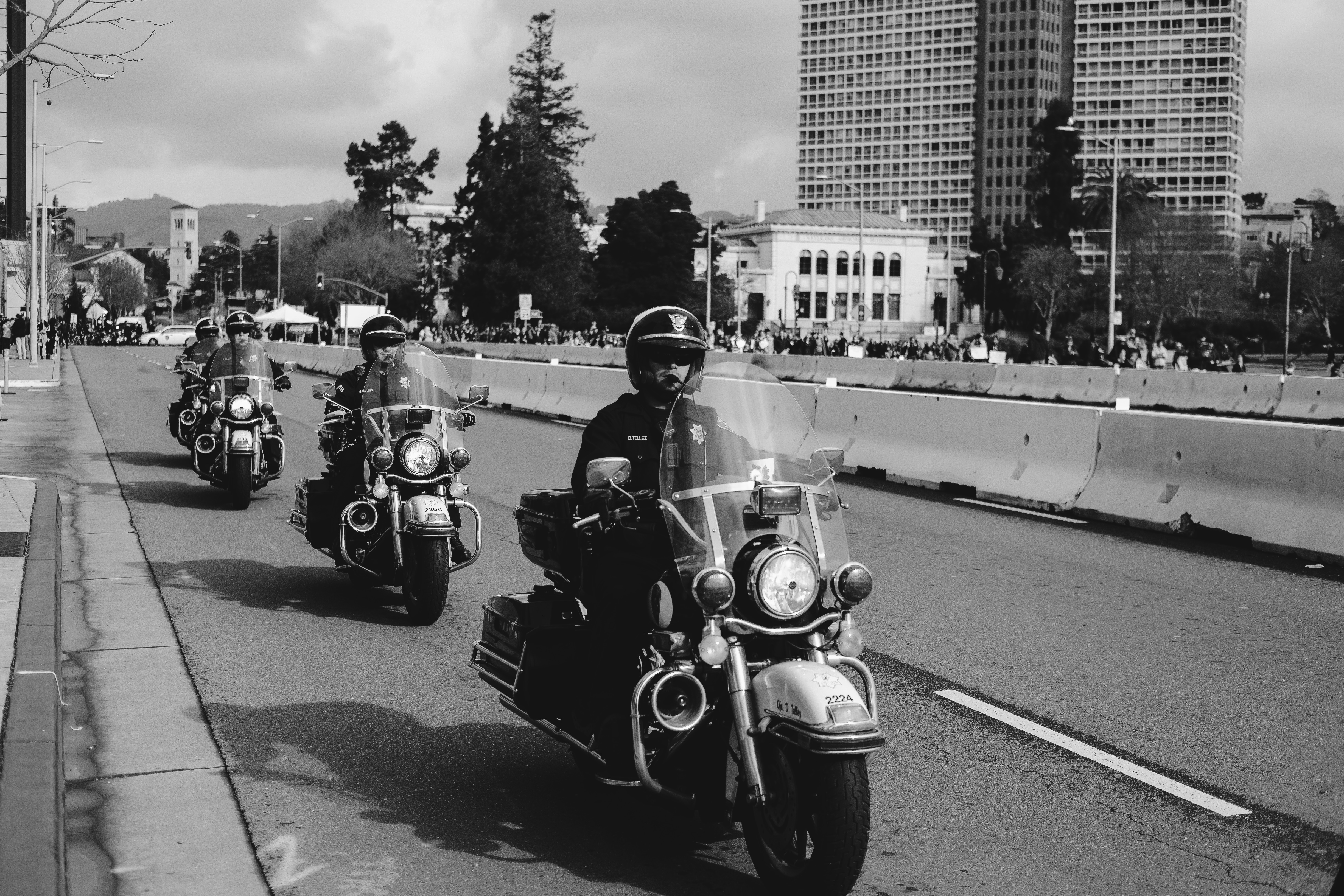 You can find more of Christopher's black and white photography work on his Priime Collections page (@ghostfoto).

Inspired by to shoot and edit in black and white? We'd love to see your work. Send your black and white Priime Collections to us at hello@priime.com to feature or check out our newly launched black and white styles on the Priime iOS app and Mac OSX app. 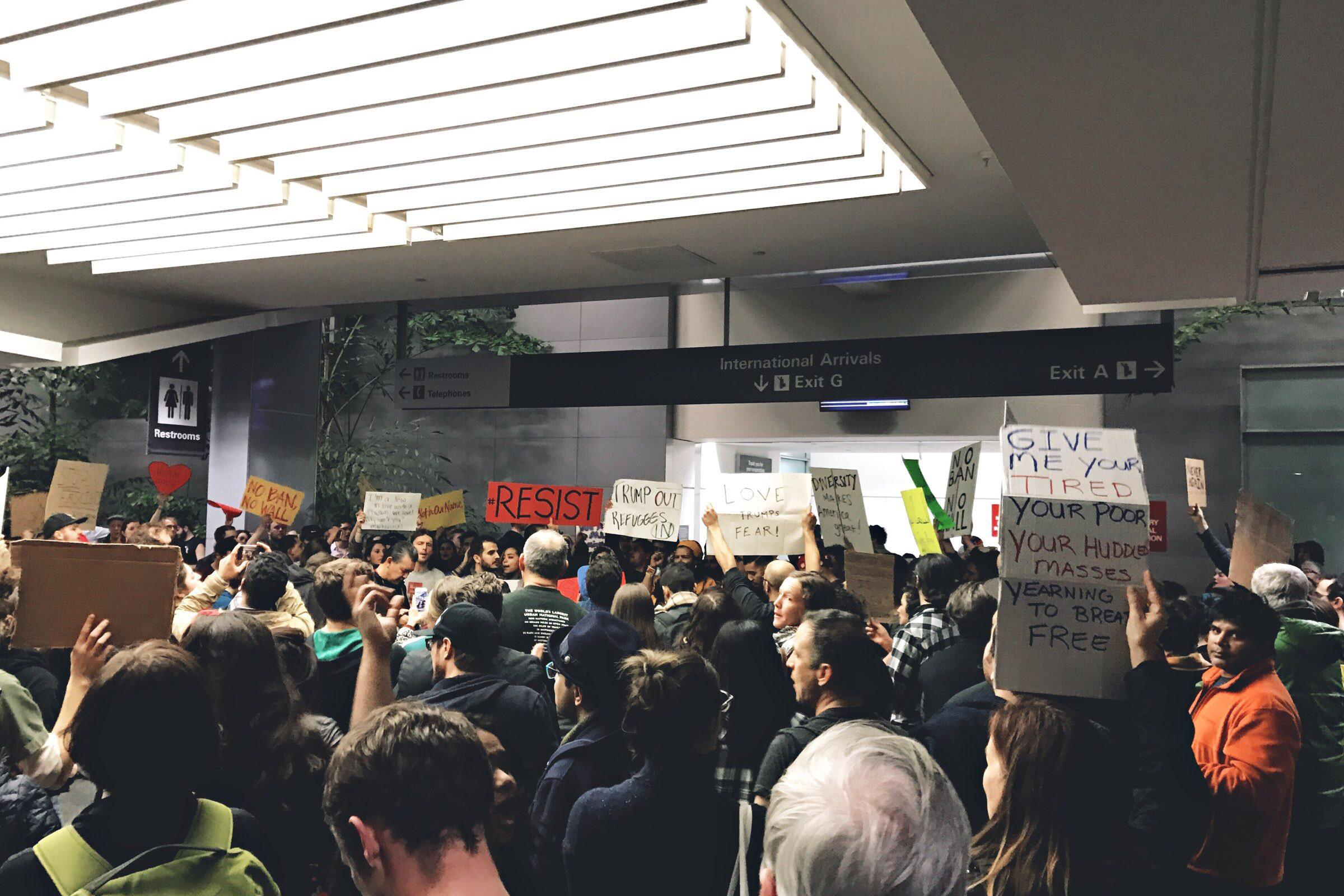 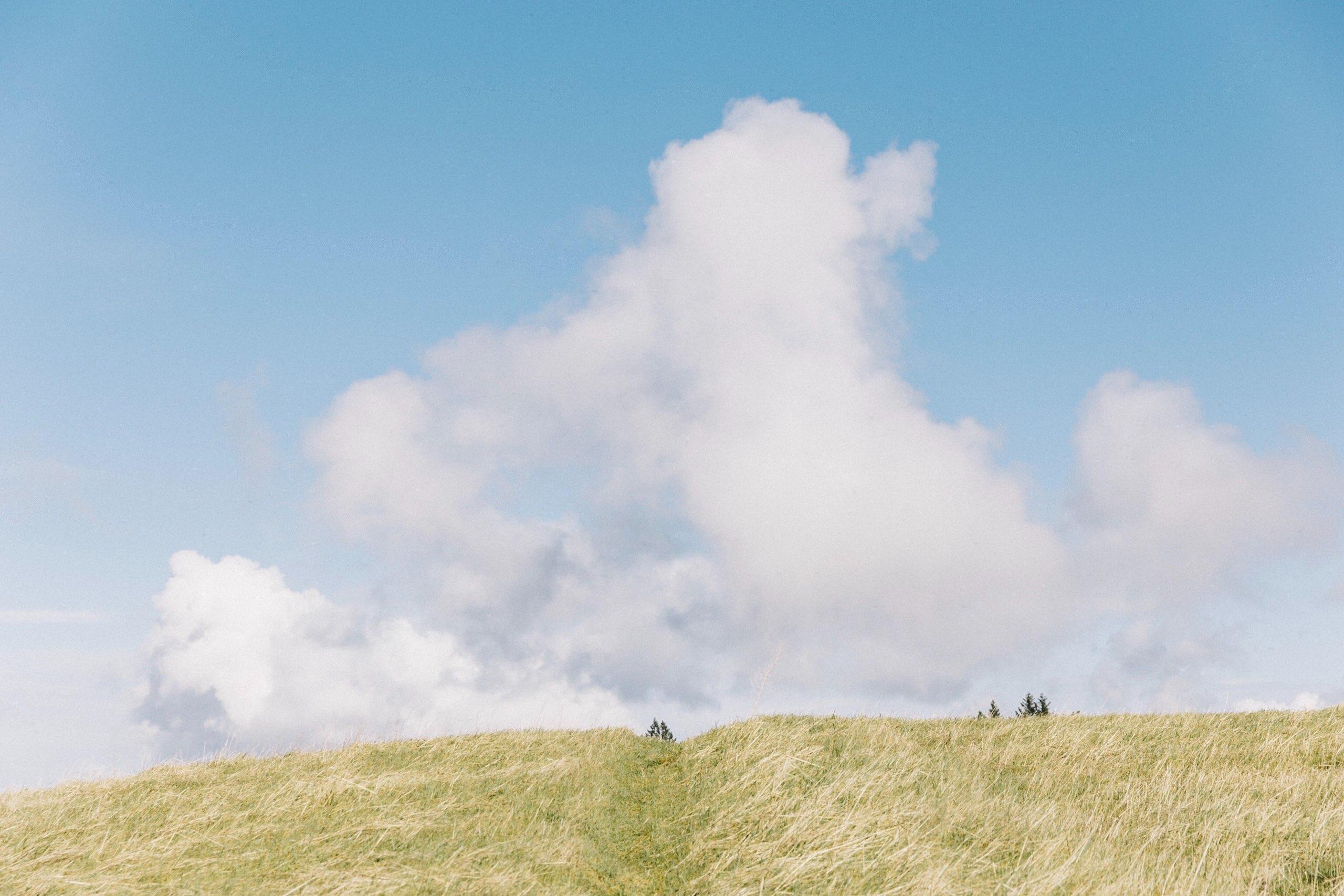