Below, we interviewed Kelsey about her project and showcased some photos from her collections.

You can create your own Priime Collections by downloading the latest version of Priime for iOS. 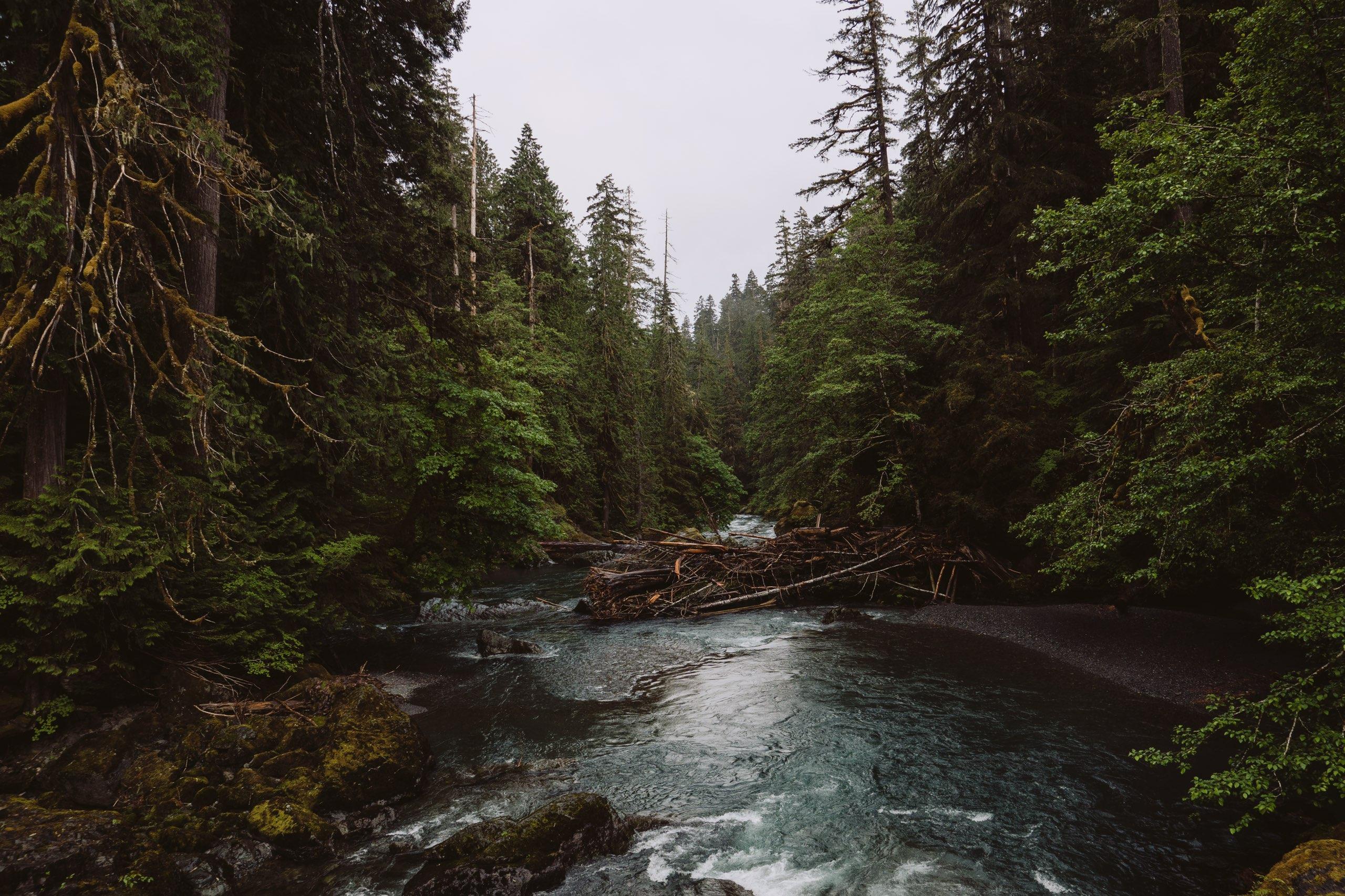 How did the idea for your National Parks project come about?

Kelsey: There wasn’t ever a huge defining moment when I decided this was a project I was going to take on. I think I had seen a book on National Parks at a local book store, then didn’t even end up buying the book until a couple months later. Once I bought it earlier this year, I realized I absolutely needed to go to every single park and was surprised I hadn’t heard of more people, especially photographers, who had done it. That was also when I realized how huge of an undertaking it was—- eight parks alone are in Alaska, some of which don’t have roads or even trails. But once I decided on it, I knew I had to make it happen whether it took me one year or, more realistically, ten. So I bought a map of the U.S. which marks all of them and have been checking them off as I go.

At first I felt a lot of pressure to get through them all quickly, but realized for me personally it’s about the quality of time I spend at each park, taking into account seasons, a large enough budget to make the trips I really want to do happen without cutting corners, and spending a decent amount of time at each one, plus making sure I can get quality photos which can be subject to weather. But once I eventually finish the project, I’d love to publish a book of photographs from each park, or maybe get them into a gallery. 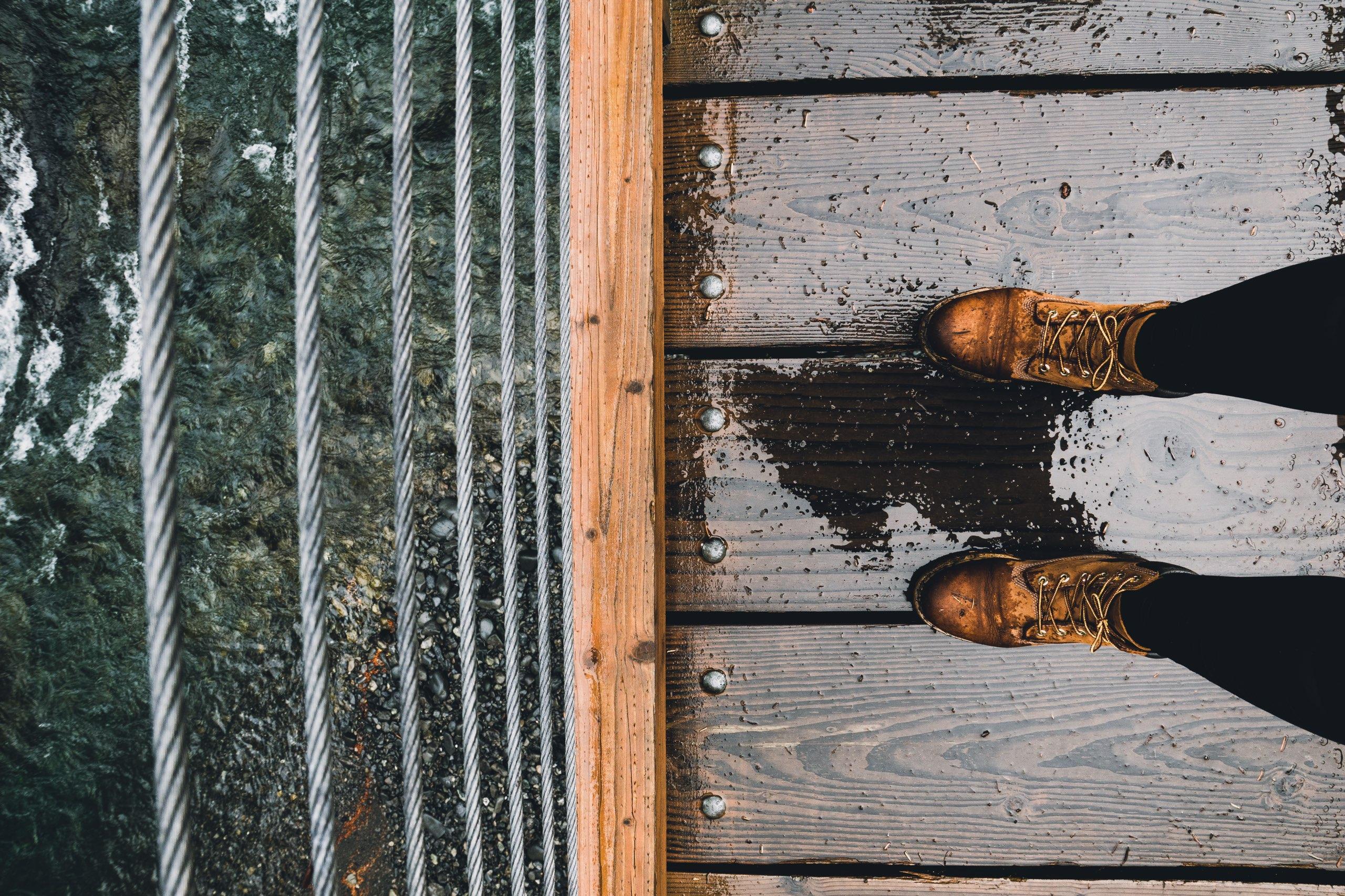 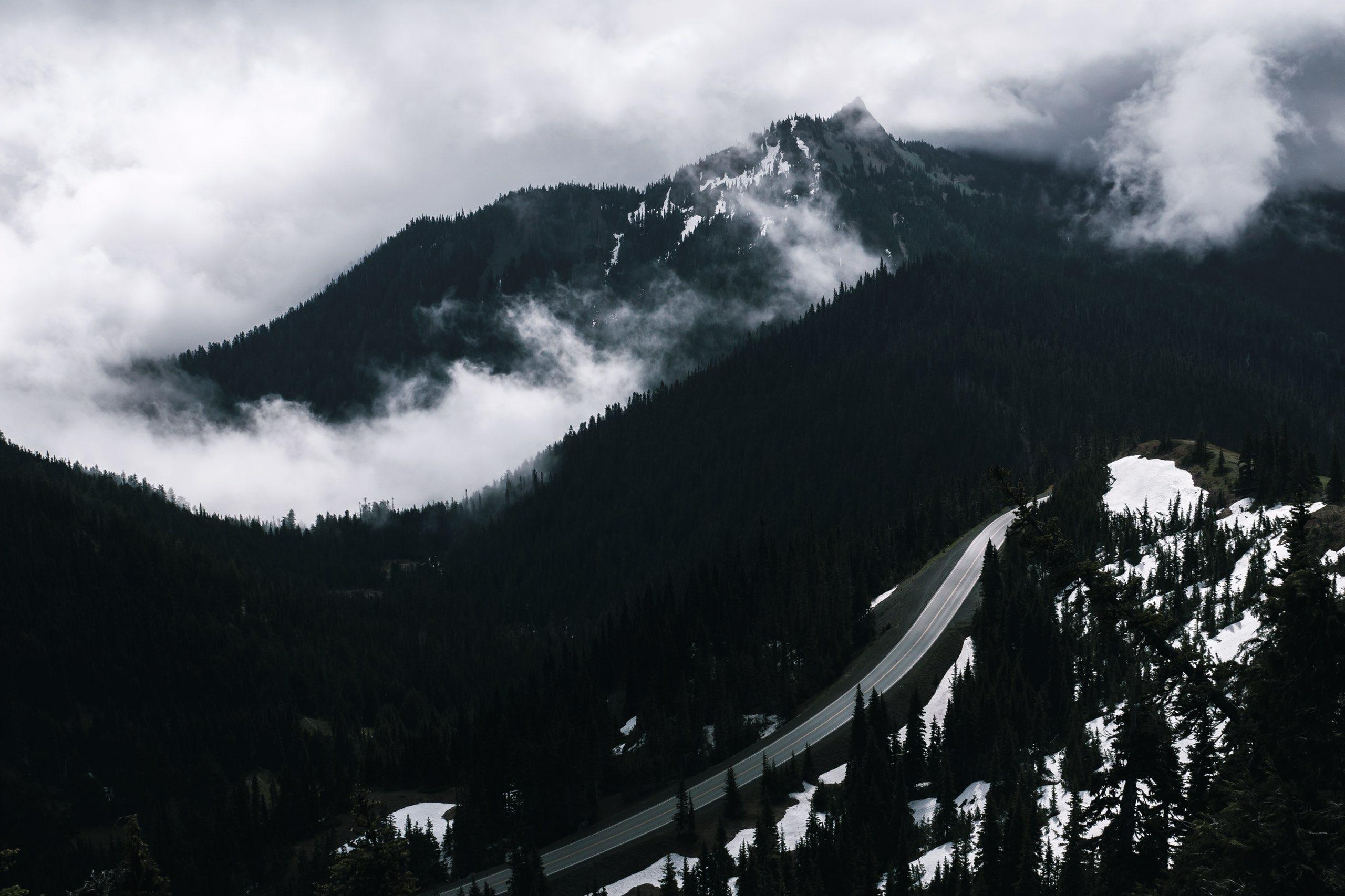 Which parks have you done so far and what are some of your favorite moments?

Although I’ve been to others in my lifetime, I’ve really only photographed four since I started this project: Yosemite, Olympic, Joshua Tree, and the Great Smoky Mountains. Each trip had its own defining memories I know I’ll remember forever.

Standing on the very edge of a cliff at Taft Point in Yosemite was a crazy adrenaline rush, but camping out in the snow-covered cabins underneath Half Dome with a group of amazing friends was just as defining of a moment, in a very different way.

In Olympic, we struggled to make it to the park, arriving hours later than intended in the pouring rain after almost getting a speeding ticket, but then it cleared up just enough to catch the most spectacular foggy rainforest views I’ve witnessed.

Catching sunrise in Joshua Tree, watching the brilliant sun come up over the vast silence of the desert, with jack rabbits hopping around me was incredible.

And most recently in the Smoky Mountains, we were shooting sunset when we got caught in a sudden downpour and got soaked to the bone clutching our cameras for dear life trying to keep them dry, but then the storm opened up to reveal the craziest double rainbow.

Now that I think about it, I went on each trip with a different group of friends, each of which made the trip that much more special and memorable. More than anything, my favorite part of this project is sharing spontaneous travel moments with really good people. 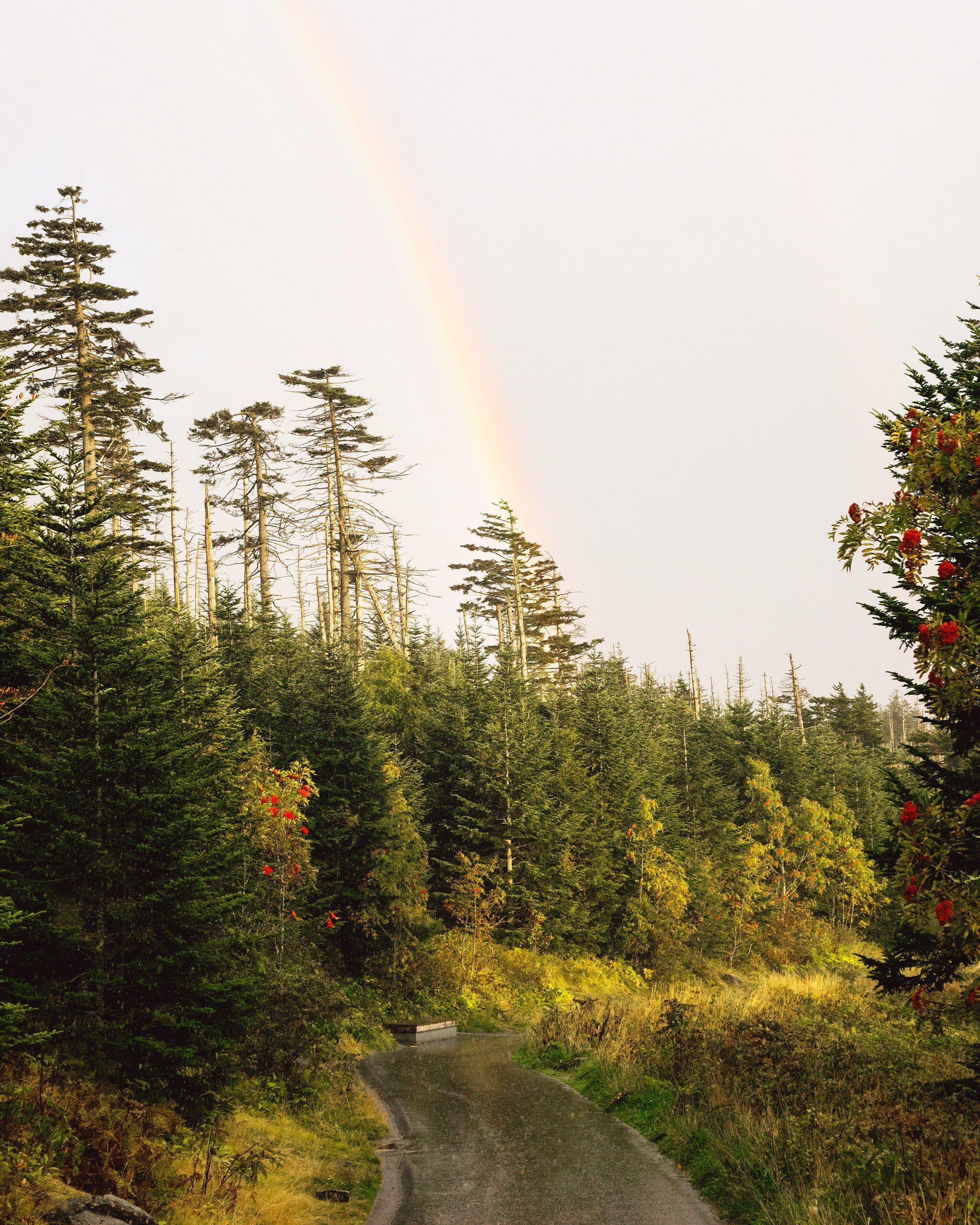 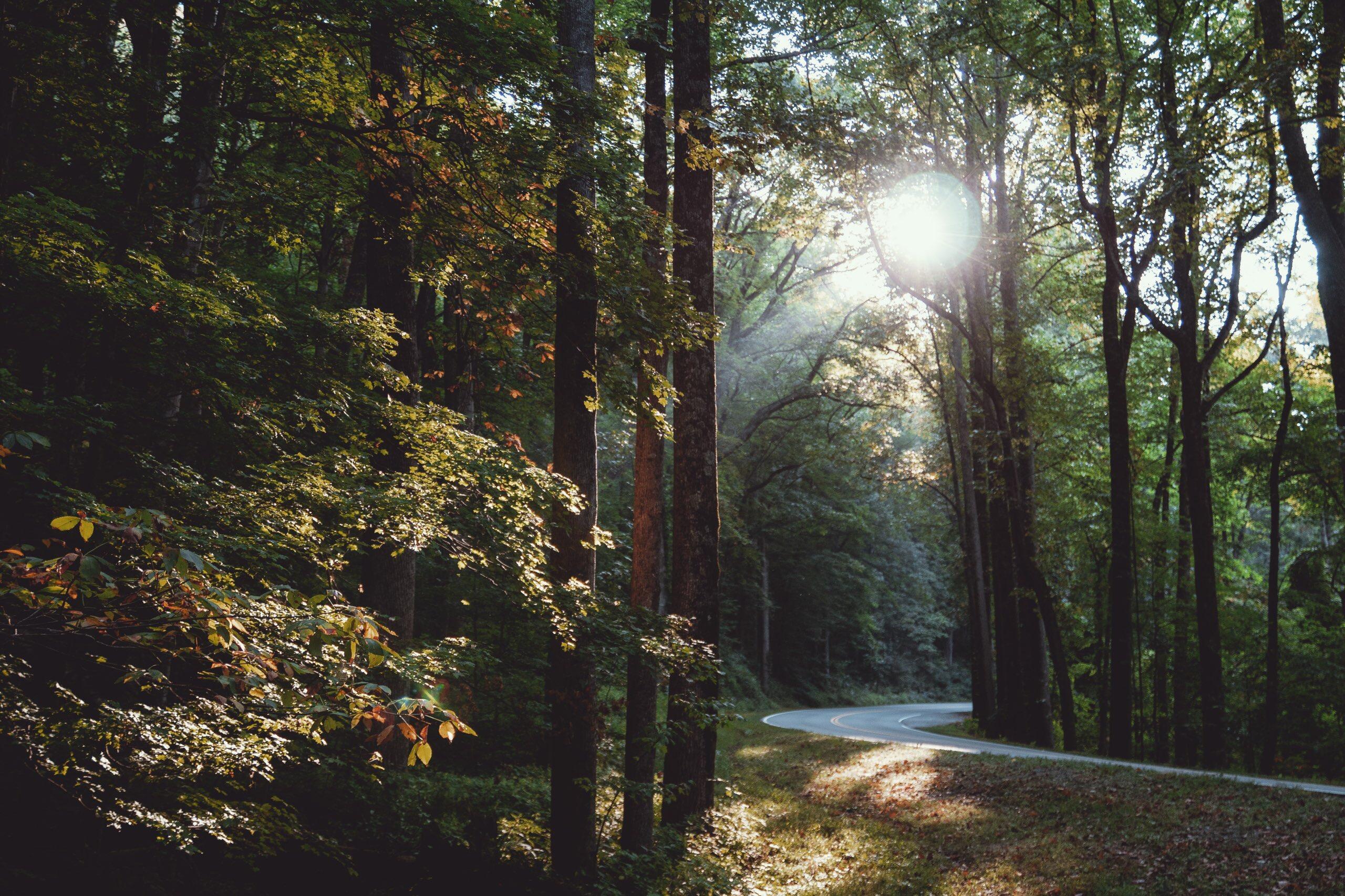 Which National Parks are you most excited about?

I’ve been wanting to go to Glacier National Park in Montana ever since I first saw photos of it in a college geology class, so that’s definitely at the top of the list. I’m also eyeing Acadia up in Maine, the Rocky Mountains in Colorado, and I’d love to do a big Hawaii trip soon and visit all three parks there. But I’m probably most excited about Gates of the Arctic up in Alaska. It’s arguably the most remote region of the United States and grazes the Arctic Circle. I’ve seen some insane aerial shots from there, so I plan on saving up some cash and chartering a private seaplane to shoot there. I can’t even imagine what it must be like to be somewhere so incredibly remote, so I can’t wait to have that experience. 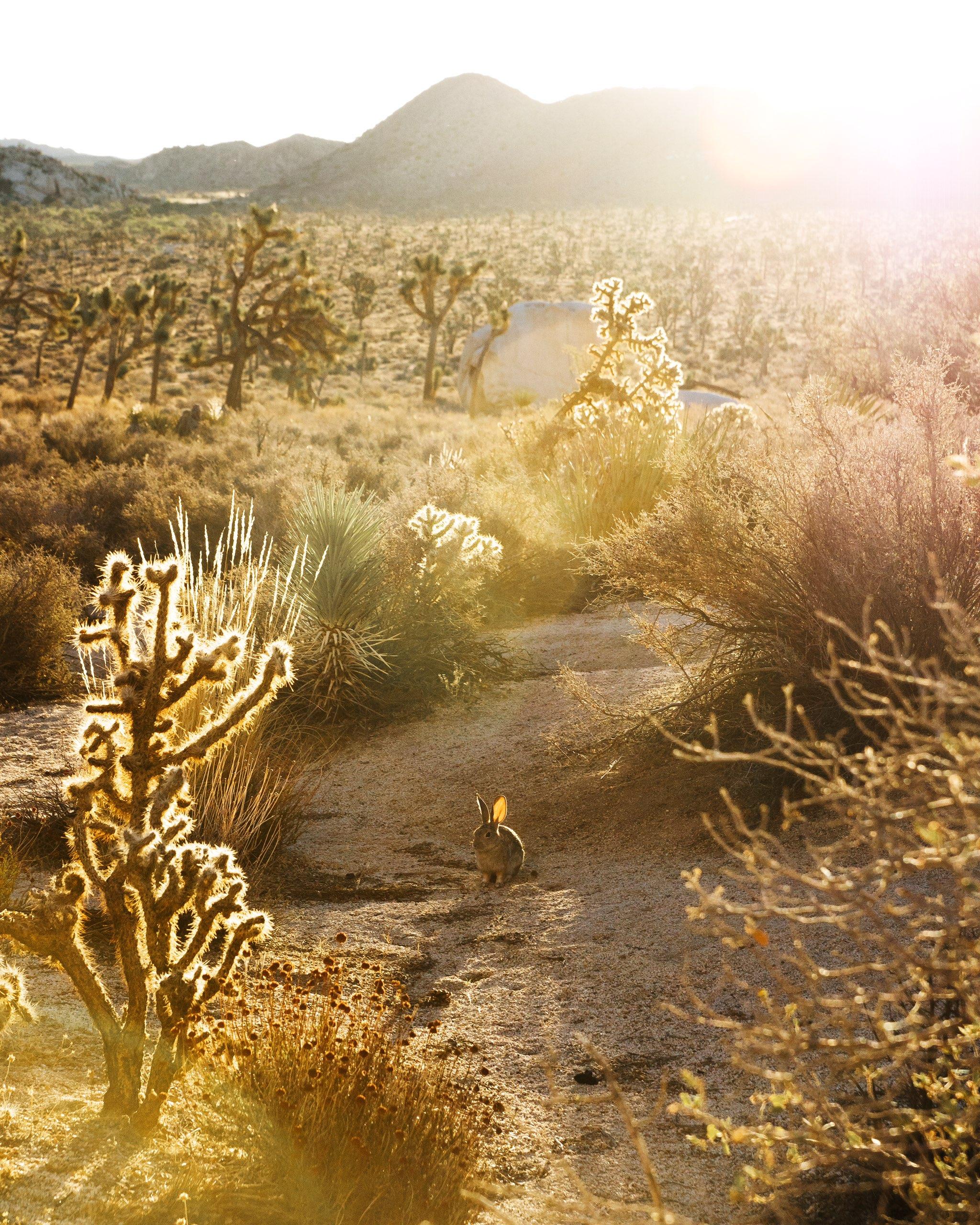 For winter, I want to focus on marking off more of the California parks I haven’t been to yet—Redwood, Pinnacles, Death Valley, Sequoia and Kings Canyon are next up. Living in San Francisco, I’m lucky to have such beautiful places only a drive away. 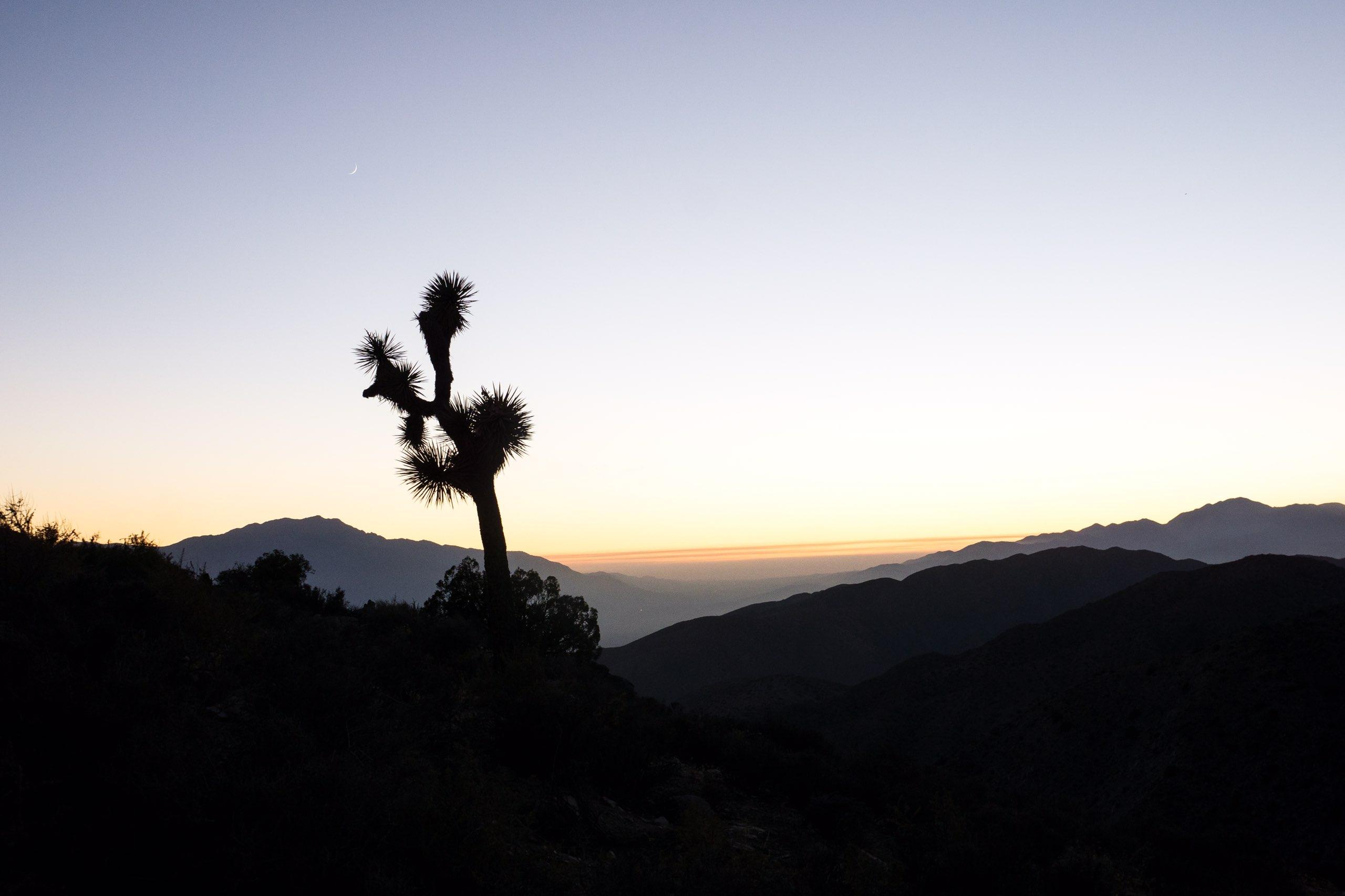 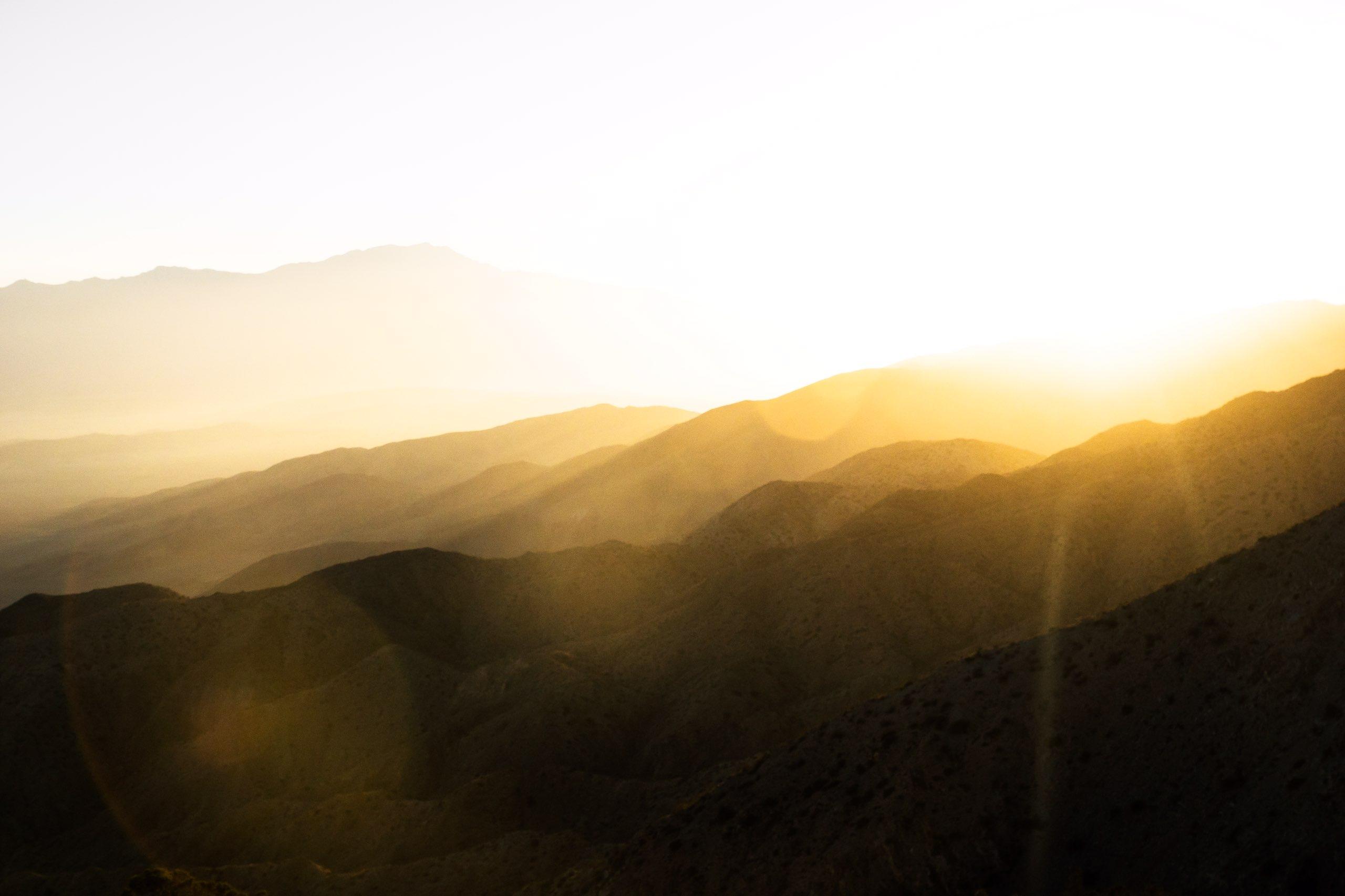 All photos above are from Kelsey's Olympic, Smoky Mountains, and Joshua Tree Collections. You can find all Kelsey Johnson's Collections on her Priime page. 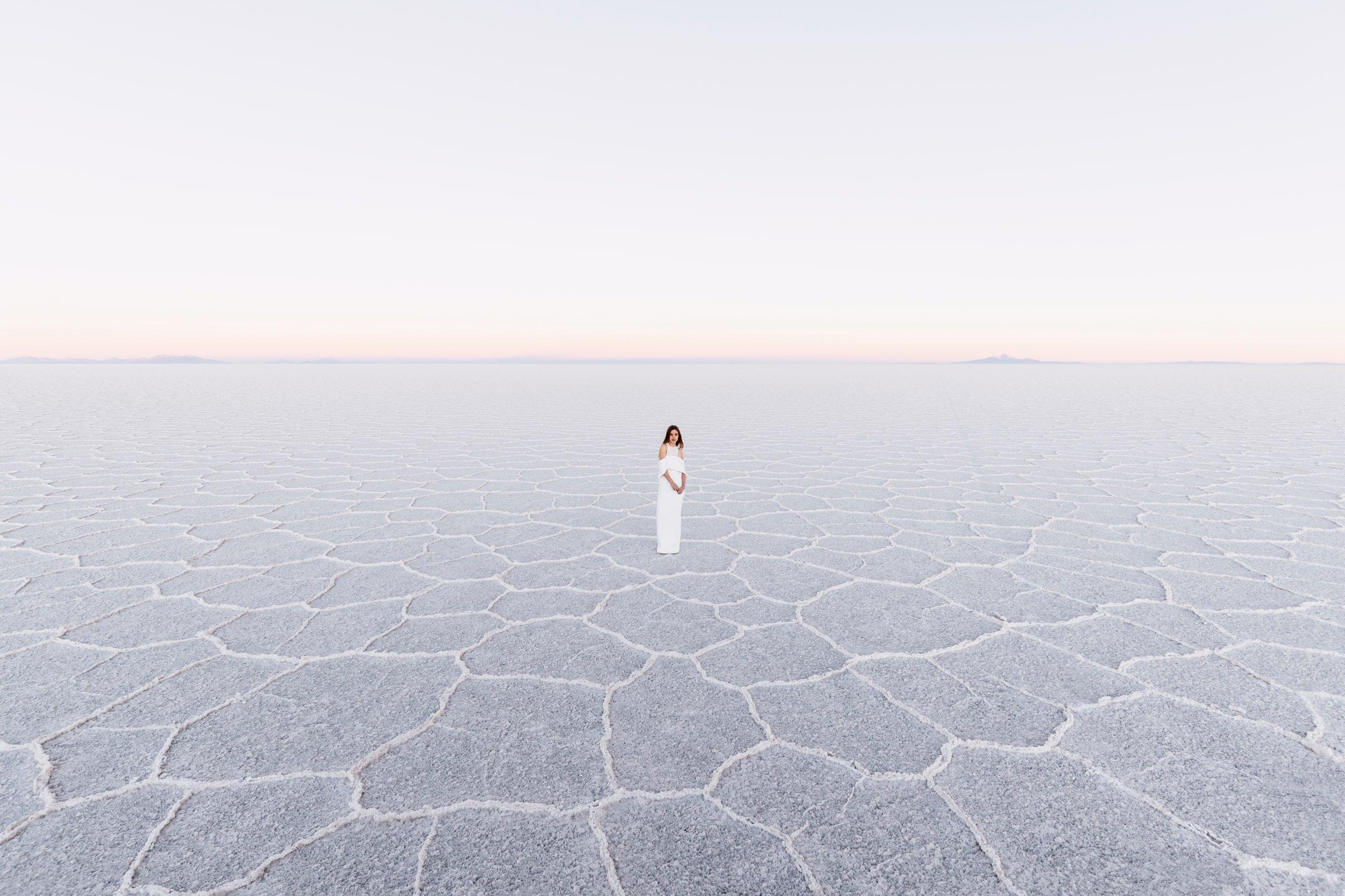 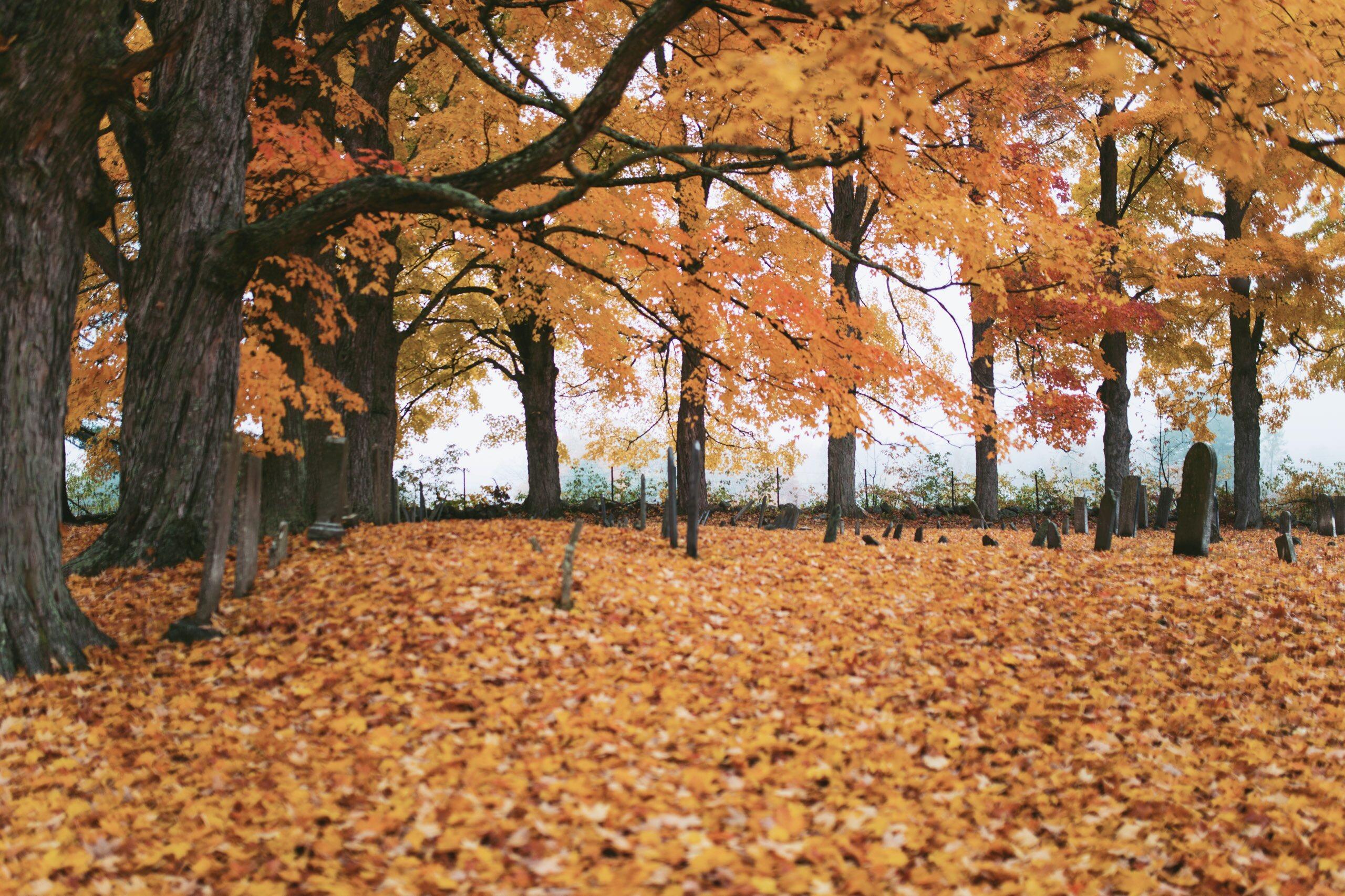